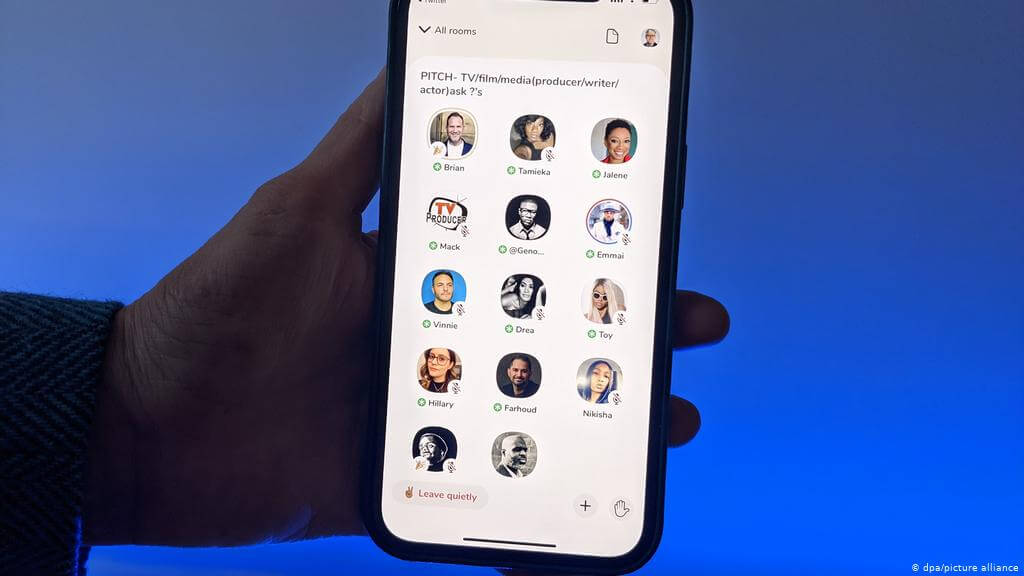 So when the latest flashy gee-gaw comes along…I’m going to at least give it a look-see …you know…kick the tires.

That “latest” thing is CLUBHOUSE.

So far, it’s only available as an app on iPhones.  Here’s the link:
‎Clubhouse: Drop-in audio chat on the App Store (apple.com)

Clubhouse is billed as “…a space for casual, drop-in audio conversations—with friends and other interesting people around the world. Go online anytime to chat with the people you follow, or hop in as a listener and hear what others are talking about.”

It’s one of those sites where you get a hint from here, and a nudge from there, maybe an email query, and suddenly it’s on your radar.  Now it’s on YOUR radar.

The app tells you it’s still in the development stage, so you have to be patient while they spruce things up.  It’s only on iOS so far, not Google Play.  There *IS* an app on Google Play called CLUBHOUSE, but it’s not the one I’m talking about here.

The app also says: “We’re working hard to add people to Clubhouse as fast as we can, but right now, you need an invite to sign up.  Anyone can get one by joining the waitlist, or by asking an existing user for one.”  l’ll l just say right now that if you read my blog, I would appreciate it if you would follow me once you get on, and I will reciprocate. Clubhouse has a “followers” system and as you might imagine more followers seems to equal more cred…so all I ask is that if you get on, that you then follow me for giving you the heads-up.

My thanks to Mara Junot for helping me up!

Once the app is installed and you’re able to join-in, the interface is dirt-simple.  You’ll see live hosts, and audiences in sessions that are “live”. They might have been scheduled, will be upcoming, or they might be totally impromptu. You can even start your own and invite others.

Fill out your profile to your heart’s content, and provide a headshot if you want.  But here’s the thing with Clubhouse: you only participate by voice.

People will only hear you, never see you.  It’s like Zoom without the camera.

Once you enter a session, attendees are divided into the host(s) at the top, the people below them are those who are followed by the host, and the cadre of attendees below THAT are those who are listening in, but are NOT being followed by the host (so that’s usually the biggest section).  The topic is usually well-stated, but not necessarily adhered-to, as people tend to wander in their conversations.

You can join-in the conversation by “raising your hand” (there’s an icon for that), and then the host will call on you.  You can mute/unmute just like on Zoom.

You can also come ‘n’ go as you please (“leave quietly” the app says).

But here’s the thing:  I mention all this to you not because I know you need another time-waster in your life, but because the Voice Over community has more than embraced Clubhouse…they seem to have comandeered it.

Voiceover sessions are all over the place!

Many are hosted by some of the top talent in the business…and the sessions are a gold-mine for gleaning information.  Last night I attended one that featured a guest talent agent, who was sharing his email and listening to demos right there!

You might find yourself in a room with 5-10 people, or up to 150 people. Hence the system where the host calls on you…or the conversation would be chaos.  As it is, there’s already a lot of talking over others…but most people are civil and courteous about handing over the floor.

Here’s the one caveat I’ll mention:  Just because you’re in a room with other supposed “professionals” doesn’t mean they always know what they’re talking about or give good advice.  I’m not an expert either…that’s why I research, do due diligence, ask questions, and seek answers.  Somewhere in there, you’ll find the truth.  But Clubhouse at least tweaks your interest enough to begin the discovery process.

And let’s face it…if you’re not getting enough social activity on WoVO’s Lounge or Cafe’, then this is definitely the place to waste, er…spend some valuable time.

Some are talking about using the platform as a hub for doing auditions, creating rooms for mastermind groups, practicing copy, etc.

Who knows if it’ll last?  So many of these new and seemingly great ideas flare up, get loaded, and then people lose interest in no time.

Then there’s Twitter…who would have thought that would be a THING.

So don’t say no one ever told you about CLUBHOUSE.  I just did.

P.S. Getting lots of questions on this — you must go ahead and sign up for the service first, and go on the waiting list.  A previous version of this blog mentioned that I had hoped to be able to connect with you on Clubhouse and bring you in.  Now that doesn’t seem possible, unless you already have connections to someone on the inside.  Not sure what that cues off of…FB messenger, my contact list or what…but I CANNOT offer invites. If I get a message on Clubhouse that you’re there, I can then act on that, but the system generates those cues on its own, and I can’t just go there and “find” you, their system is not very sophisticated in that way yet.  Ugh.