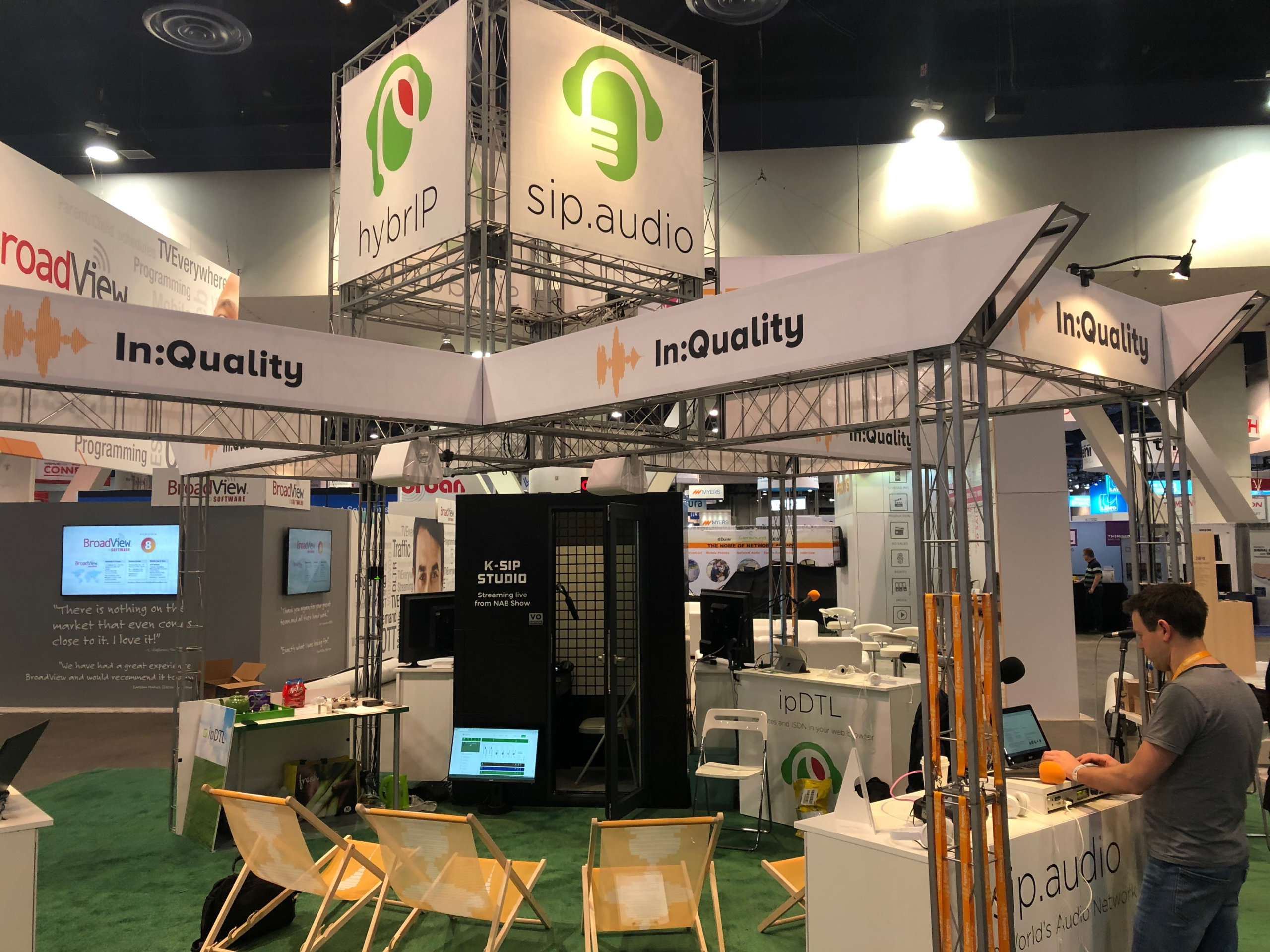 Even when I was in Broadcasting I thought the conference of the National Association of Broadcasters was worthless.  Bloated.  Overblown.  Pompous.  Self-aggrandizing.

I still think that, but I see how it serves a purpose.  Maybe nowhere more than in the never-ending exhibit floor. If you’re a geek, this is nirvana, second only the CES (Consumer Electronics Show) that only took place 3 months ago in the same hall.

This year, I’m advocating for In:Quality at their booth for the next 3-and-a-half days.

In:Quality, and its tireless founder/CEO, Kevin Leach, made its mark ISDN’s never-ending demise, as one of the most dependable IP solutions to the market left in ISDN’s wake.  As a BBC audio engineer, and surely a technology whiz-kid of grand proportions, Leach’s ipDTL product is as timely as it is innovative. 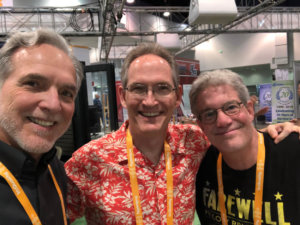 This year, In:Quality is pushing ahead with trends Leach sees as the future of connectivity, especially SIP.  SIP stands for Session Initiation Protocol. Yeah, I know…it means nothing to me either.  Even after reading the definition: “…a communications protocol for signaling and controlling multimedia communication sessions. The most common applications of SIP are in Internet telephony for voice and video calls, as well as instant messaging, over Internet Protocol (IP) networks…”

But Leach believes going in this direction technologically, plants him firmly in the future of ISDN-replacement and other 21st-century connectivity trends.  Practicing at the In:Quality booth with my colleagues (pictured above left-to-right, a whiskered CourVO, Tim Callaway, and Townsend Coleman) on Sunday, I quickly understood the logic behind this shift, and the wisdom of the new product lines of SIPAudio and HybrIP. My challenge for the rest of the week is to convince booth visitors that I actually know what I’m talking about!  🙂

In fact, between us, a conversation quickly arose about how the marketplace is in a glut of competing technologies in the same space (more on that later this week).

Exhausting work?  Yes, but being with the industry’s finest minds, and working on cutting edge technology?  It doesn’t get any better than that for THIS geek!