Great Voice Overs – It’s Not About the Mic! 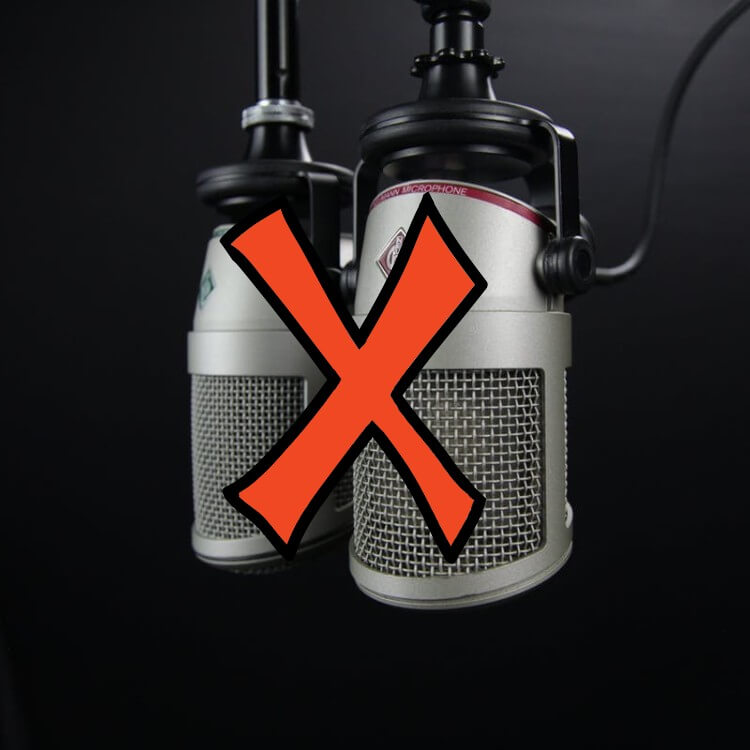 So You Want Great Voice Overs?

In the great studio sound equation expensive mics are not the most important factor to produce great voice overs. We share the three things that every voice over artist should focus on to get the best recording sound.

At the conference, we used a brand-new StudioBricks booth and three top mics.  But what participants didn’t know is that the agenda was to prove the mic is the least important factor in the great-studio-sound equation.

Dan knows what he’s talking about.  He often points out that most advice on recording studio space comes from professional audio engineers who utilize well-qualified industrial-strength booths in major studios.  Only thing is… 90% of voice actors today use their own private home studios, which has an entirely different context. (ok, maybe 85%).

Dan has made it his business to advise on such things.  Check out his website at: https://www.homevoiceoverstudio.com

Read the entirety of his report below, and see if it doesn’t make perfect sense.  Don’t go out and sell your Neumann U-87, just stop believing it’s the mic that makes the man (or woman).

Why did we do a mic shootout at WoVOCON?

Because its a “tradition.” Everyone is curious about what mic is best for their voice.

As someone who’s heard literally thousands of voices on hundreds of different microphones, I always approach the idea of a mic “shootout” as completely subjective. Everyone is different. Everyone’s voice is different. Each voice is even more complex than our fingerprints. Add to that the fact that we all hear differently, and that we all record our voiceover work in unique environments, the ability to judge mic response to our individual voices, objectively, gets kind of muddled. Besides, as I always say, “We don’t hire ourselves.” Who are we to judge what we like, when that has little bearing on the ears of someone trying to hear us perform against other voice actors, on a pair of laptop speakers or earbuds?

I can’t say it enough. Most of the equipment we use to record our voice over work was never designed for… recording voiceover work. It was mostly designed by audio engineers to capture musical performance. Performance of instruments, subtle and not so subtle vocals, and ambient sound.  Some were designed only for live performance. Some were designed for research. Some were designed specifically for film and video. We are merely adapting all these different models and designs for our unique purpose; Creating dry, properly modulated, mono voice tracks.

Our experience with thousands of voice actors over the past 15 or so years has borne out some very objective things when it comes to capturing our voices for what we do. These are tangibles. Realities. Rules. They all embody the basis of the standards for home studio voice over audio that the WoVO Audio Standards Committee established in 2013.

More than anything else, the quality of your audio, for voice over work specifically, is dependent on the acoustical properties of the room you record in. Whether it’s a professional booth, your walk-in closet full of clothes, a PVC framed moving blanket structure or a pillow fort. You need to record in an isolated quiet space that keeps exterior noise out, and prevents our voices from reverberating around on hard surfaces and acute angles.

#2. Proper microphone technique for voice over.

Proper mic placement in physical relationship to you and your voice is paramount.  The mics we use are directional. Some have narrower pick up patterns than others. The idea is to situate yourself in the sweet spot of that mic, and that is, almost never,  off-axis (To the side)

This is heavily misunderstood by the majority of self-recording voice talents. You need a properly modulated signal. That means a waveform that doesn’t exceed -3dB on the VU scale and averages peaks somewhere -6 and -4dB. Some would say even a little lower. No matter what, you need a good fat signal, but you also need to leave room for the end user to manipulate your audio. We call this “Headroom.”  Recording low and then just “normalizing” is not proper technique. When you record too low and then artificially amplify the initial signal, you not only amplify your voice, you also amplify the noise in your signal.

With all this in mind, George Whittam and I created a mic shootout more to prove a point than to tell you what mic is best for you. Sorry.

We were limited by time constraints in order to get the most people involved as possible. That’s why we had three mics mounted on a quick release. That gave us the ability to run 6 mics quickly.  We had to compromise on placement due to the limitations of the mic arm in the booth.

We equaled the acoustics out with a great Studio Bricks booth. (Thanks again to Jerry McDaniel for allowing us to play with his new toy) George monitored and adjusted levels as each mic was channeled in.  Making sure I plugged the right cables in such quick succession made it difficult to make sure I had plugged the right cable to the right mic. So which mic is which may be harder to decipher.

he copy was deliberately obtuse. It did make sense, and it had another purpose. It forced everyone to read dry and not go all over the place with performance. One thing we noticed is that people who kept a consistent modulation, without any major peaks were able to perform the copy in a competent way. Remember that as you record in the future. Chances are, if your levels are all over the place, you’re voice OVER acting.

Our conclusion, and this is ours, not yours, because as I said, you hear differently, is that the 3 rules far outweigh the mic model. the 416 and E100s were slightly off axis. those two highly regarded mics sounded a tad more distant but still very clear. You can usually tell which mic was at the center. It was always the most present. (The Baby Bottle and the H2 VO1A)

o me, I found that if you (or someone casting) were listening to just one mic, you’d never know which one it is and that you sound great on it. You all do. You’re professional voice actors. None of the mics tested would make a difference as to how you performed the copy! a $10,000 Telefunken or a Samson CO1U.

When choosing a mic for yourself specifically, remember, you can only audition it in one place. Where you’re going to use it. Looking at the plethora of choices you have can be daunting. So… don’t daunt yourself. What are the big studios using for commercial VO? In LA, the 416 hands down.  For animation they go with U87’s and similar mics. The placement and use of those mics for those different purposes are very different and are used in different types of studios. Professional, acoustically sterile and neutral environments.

Your home studio’s physical make-up is far more important than the mic you use. You don’t use a cheap mic. But going high end means more sensitivity, and that means the physical flaws of your recording space come into play. That’s why we think the midrange price mics, no matter what brand or model, will work just fine.

Could we have done this differently? Of course. But I’m telling you, it wouldn’t make a difference. Trust the mic you choose or already have. Trust your voice, and…let someone other than yourself gives your studio set-up a listen. YOU’RE NOT CREATING AUDIO TO PLEASE YOUR OWN EARS!

[here endeth the Lenard lesson for the day]