Do This Instead of Buying a New Mic 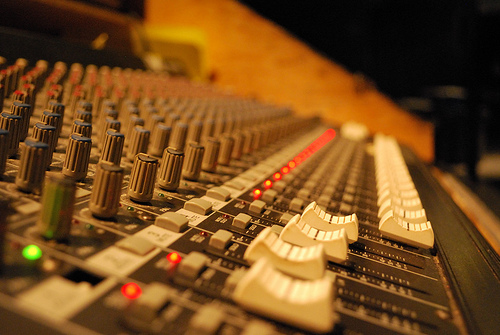 The Home Studio Master, Dan Lenard, made me a believer.

He offers a strong case that very few audio engineers are equipped to adequately give technical advice for today’s home-based freelance voice-actors.

The proliferation and the challenges of  today’s individualized recording booths are a relatively new development that most (of even the best) classically trained audio production masters don’t really understand.

No…the “sound-booth” is not a new development.  But take away the engineer, the director, the multi-channel digital production soundboard, and the 3K mic… and what you’re left with is today’s reality:  an eager, but not well-trained singular voice talent with a modest mic, some aurelex and a converted closet (maybe a whisper-room or studio-bricks if they have the cash).

That person is a self-directed, neophyte audio editor who thinks more expensive is better, and the pre-amp is the end-all, be-all.  Such a person is likely to spend most of their discretionary budget on a mic they don’t understand, and that is ill-fitted to the space.  That voice actor doesn’t really get acoustics, and thinks “Avalon” is some sort of mythic god.

The end result?  A mish-mash audio-chain that is poorly attuned to the recording environment, and component settings that bring too much bottom-end, allow too much hiss, and probably includes some sort of outlandish compression.

Do This Instead of Buying a New Mic

So part of that coaching budget you set aside for 2017?  Include in that budget some audio-engineer coaching.  Have someone like George Whittam, Dan Lenard, Roy Yokelson, Cliff Zellman, John McClain, or Dan Friedman review your last few auditions and give you feedback.  You’ll be glad you did.

My guess is their advice will include something to the effect of “keeping it simple”.  Don’t over-process.  Tailor the mic (whatever the price) to your voice and your needs.  Make the sound uncomplicated and clean.  Ya wanna spend money?  Spend it on treating the recording environment to an optimal sound, then match the recording device accordingly; not the other way around.

Like I said, I’m no audio engineer…but these lessons come hard and at great expense of time and money.  Geeks like me (you?) tend to think that the next hi-priced device is the answer to the “golden” sound we seek.  That’s true only to a point of diminishing returns that can be reached very quickly.

One more thing, you WoVO members need to get past the mental road block of taking WoVO’s Studio Approval exam.  It’s intimidating.  I thought I might not pass.  How would that look for the president of the organization?  But these things must be approached with humility.  One should never be afraid to learn.  You won’t fall short.  It’s an open-book (Google) test.  And if you need some tweaking, there’s a whole committee of experts like the afore mentioned, who are ready to show you where you are deficient, and help you up to an even better sound.