Donald v. Hillary: Who Will Bring More VO Work for the Next Four Years? 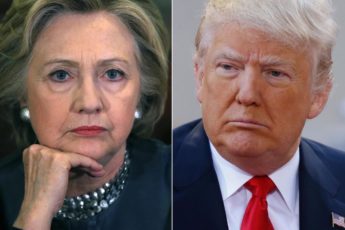 The bottom line for future VO opportunities:  Which candidate/party can create the most robust growth in a stable economy that stimulates consumer confidence, buying power, and (esp. for VO’s) a strong entertainment, digital, corporate, and media marketplace.

Both
The Dems and the GOP will both outdo themselves spending money on popular (traditional) media.   It will be the most money spent EVAR on the absolutely criminal way the USA conducts its campaign financing laws.  TV stations like mine (KLAS-TV, CBS) are already planning to sell every possible “avail” they have going down the stretch to once-every-four-years political ad buys.  That means pushing aside their steady clients (car dealers, hotels, national buyers), or placating them as best they can, to come back after the general election, and prepare for Christmas sales.
VO Advice:
Augment lost revenue on regular client ads this season by selling the heck out of your political demo.

A Republican Win in November

Good luck predicting this one.  “The Donald” is a bit of a loose canon, but if he sticks with the big corporate business moves that made him a billionaire, you can expect him to work towards generating more independent (small) business initiatives, reducing taxes, and being a bully on an international scale.  What he does with Wall Street is anybody’s guess.  It’s made him rich, but he’s talked about dismantling that culture.  As for the entertainment industry…I’d guess more de-regulation, and loosening FCC restrictions on the media marketplace.
VO Advice:
Hedge your bet on all fronts. Have a great commercial demo, but don’t dismiss corporate or eLearning opportunities.  If the GOP is successful in dismantling Obamacare, it’ll be a free-for-all of health/medical/insurance/and pharmaceutical ads.  Better brush-up on that demo too…oh, and there will be a new genre’ of opportunity:  pro-firearms and anti-gun advocates.

A Democratic Win in November

A Clinton win in the fall would not necessarily lead to continuing Obama policies, but the changeover would not be as jarring as a switch to a Trump White House.  Expect across-the-nation minimum wage hikes, a continuation of the Affordable Care Act, a boost to unions everywhere, greater governmental entitlement program spending, and bigger Federal spending in general.  The entertainment industry is liberal, so it’s likely it will respond favorably to a Clinton administration, and create greater opportunities.
VO Advice:
Work your local, state, and federal relationships for greater VO activity in government-generated program needs.  Tap into a stronger entertainment/media marketplace, and make yourself marketable in the areas of women’s issues, cultural trends, and products that cater to health, the credit/banking industry, and food/fashion.

Neither party nor candidate will directly affect the trend toward digital media, and away from traditional (legacy) media.  Broadcast TV will continue a slow demise, and digital streams/niche programming/alternate distribution channels will thrive.  The motion picture industry seems unaffected either way right now.

Neither would a Hillary or Donald White house affect the general cultural shift toward the urban life away from rural.  The media dominance of New York City and Los Angeles will grow, and the effect of  diminishing economies in the “flyover” states will become a non-issue.

A smart entrepreneurial freelance voice-actor will find a way to follow the opportunity (within the confines of their own beliefs) regardless of the regime in Washington.

What?  You really expected one party to make it better for you than the other?  I ain’t that smart to be able to predict that!

Vote your conscience, then get back out there, and take advantage of the best economy in the world for voice-actors:  the USA!!!

A year or so later, and following the advice from above! Updating demos and the pages that serve them up.