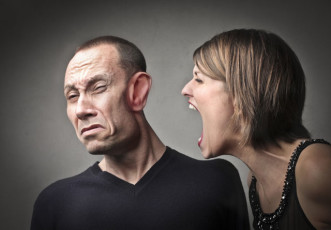 The current climate of polarization, politics, and platitudes have me THIS CLOSE to removing myself from FaceBook, just to get a break from the shrill malevolence that exists there today.

I don’t ever remember this level of incivility to others – most, perfect strangers – before the onset of Social Media.  Oh, I’m aware of the all the arguments as to how this kind of fluid digital debate could be good for the cultural discourse.  The right of free speech is acted out on an unprecedented level with today’s online diatribes.  But it’s also become rancorous to the point of being dangerous.

The accusations of “hate-mongering” are threatening those 1st-amendment rights of free-speech.  If your opinion is “hateful” (sez who?), then you don’t get to have an opinion.  And I’m seeing it from both sides.

The only one I’ve broken since the start of the last decade was Windows vs. Mac.  Yes, it’s true that my job as a defender of the journalism’s neutral creed has prevented me from revealing my opinion.  The TV station management would rather I keep my beliefs to myself rather than immediately losing 50% of the audience.

Luckily, I’ve found this to be a blessing all-around.  My voiceover peers, prospects, and clients do not need to hear how I feel about a presidential election 11 months away. Rather than publicly spouting-off, I just privately support my favorite cause with dollars.  Done.

In the world of voiceovers, I often see the issue come up when various talent ponder whether to voice spots for clients or copy that runs counter to their beliefs.  There’s no clear answer to that, but the debate prompted a sentiment I hadn’t seen before.  Here it is:  VoiceActors who feel so passionate about controversial positions, that they are willing to risk losing work for it.

Example:  Making their feelings known online about something as controversial as gun control (or the lack of it) is more important to their personal sense of justice than the likelihood that a voice-seeker with an opposing viewpoint might scratch them off a prospect list.

Fair enough, I’ve gotta respect anyone with that much passion.  But this kind of thinking opens up a dangerous precedent that widens the civility gap even further…and further…and further.  If EVERY relationship decision we make is predicated on whether the “other” person agrees with you about climate control, or abortion, or Bhengazi, etc… then we are placing ourselves in taller and taller silos that don’t expose us to differing points of view.

Are you “unliking” or “unfollowing” people who have disagreed with you online?

Then you are already doing this.

Being publicly silent on controversial issues leaves me free to pick which friends, clients, followers, prospects, and colleagues I want from a much larger pool.  No limits!  Am I offended that they’ve chosen to be loudly and proudly in favor of  XXXX candidate?  No.  That’s their business.  I’m more aghast that they don’t care what people think of them for their very public stance…but that’s just me.  I’m an approval addict, and I would never expose myself to that kind of relationship loss for the cause of politics.  Those are my priorities.

I must admit my estimation of any number of professional VO friends has suffered because they chose to publicly support a choice that runs 180 to my POV.  I keep mine to myself.  They’re public about theirs.

I choose not be goaded into sharing my private thoughts on controversial issues just to satisfy their (or my) bad decision to further polarize some issue.

The only words I control are the ones I have NOT spoken.