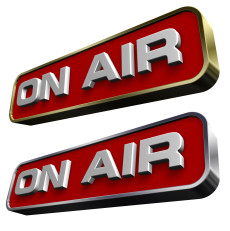 “Broadcast” (Radio & TV) compensation rates seemed set in stone for years.  That’s because for decades there was relative stasis in the industry.  Broadcast was a cash cow that benefited most everyone involved…including freelance voice-actors.

Even though many voice actors back then (or now) were not union members, AFTRA expected it’s members to hold to the line on it’s published broadcast rates.  It was a threshold of pay that still sets a standard today.

Those familiar with the broadcast status quo understand the formula that goes into calculating rates for Radio and TV.  It includes length of play of the spot in the marketplace, size of the marketplace, type of spot, length of spot, and geographic distribution (those are the biggies…other criteria can come to bear).  Again this is BROADCAST rates.  Radio and TV.

listen to ‘Red Flags for the “New” Broadcast Rates’ on audioBoom

But not just the internet.  Mobile devices too.  Tablets.  Smartphones.  Cultural changes in the expectation of instantaneous delivery. Big band-width.  Innovation and optic fiber.

Even the most successful broadcast operations have known for years that a big change is in process.  The term “broadcast” now assumes a different complex…a different character (think NetFlix, Amazon Prime, Roku).  While Radio and TV will likely survive the digital revolution better than most print publications, there’s no doubt the delivery mechanism for broadcast will have a new meaning going forward.  New masters will own the word, and they are NOT familiar with broadcast rates.

WHAT THIS MEANS FOR VOICEOVER

At WoVOCon, a prescient Matt Cowlrick called an impromptu session to consider the changing landscape of new jobs being offered and the associated compensation rates.  Cowlrick saw evidence in the verbiage appearing in the fine print on contracts, and noticed a disturbing trend.  His misgivings have now infected an entire tribe of WoVO members and that’s why I’m bringing word to you too.

Interestingly, within days of WoVOCon, attendee and pro member Johnny George posted the real-world evidence in an online FB group.  Here’s what he said:

Just yesterday, another WoVO pro presented a conundrum over wording being offered in a contract that included the term “in perpetuity”.  Because of Cowlrick’s session, he balked at signing the contract.  He admitted it hurt, but also knew that we as freelance voice actors have to start bringing this to the attention of producers, agents, bookers, and other clients.  The time is now to stand ground.

YouTube is one of the red flags in this new world.  Certainly you’ve noticed the “pre-rolls” that are attached to popular YT videos?  Those are ads.  They are seen by thousands, maybe hundreds of thousands, maybe millions for a REALLY viral video.  That’s broadcast.  That deserves a pay scale commensurate with broadcast rates of old.  We have to tell them!

I asked Matt to comment on this topic for today’s blog.  Here are his thoughts:

“…Any use of the term “in perpetuity” should be thoroughly investigated, to find out exactly how the client is planning on using the recording. These days, talent should clarify the usage for any work performed for internet. The client may assume the rate covers any and all usage online, with no exceptions. If there is no discussion and contract or agreement established regarding internet, the voice talent is setting themselves up for a potential issue.
Yes, there will always be lower rates out there, but in the end we as business owners need to have an awareness of our worth. We should be educating ourselves on the current landscape of broadcast rates and juxtapose that against the way media is being used online. Consider time periods (13 weeks, 1 year) and exposure/impressions (estimated 25,000 or 10,000,000 reach). We shouldn’t be afraid to start a dialogue with our prospects or clients and educate THEM.
I would be concerned with “status quo” pricing in any case where the client is paying for “clicks” or ad time online. I think now more than ever, it’s important to say something to the effect of, “can you tell me a little more about how this video/spot/recording is being used?”
If the client says, “I don’t know” or “we don’t have that info”…THAT would be a red flag for me….”

It’s not all bad. Many producers are onto this change.  They can be fair-minded, but some are not thinking in the terms WE think.  We have to open the dialog.  Raise the question.  Show the logic.

“The promising thing is that talent have already had discussions with producers/clients and the other side of the glass is receptive and appreciative of the conversation.
It’s important to know that there will always be buyers who want to work with professional, top level talent and will be willing to pay them what they are worth. The negotiations and education may take time and not always be easy, but I have no doubt there will be support from those who hire us.”
Thank you Matt for raising the issue…for sharing your cautionary tale.  Thank  you Johnny for explaining your predicament.  Thanks to anyone willing to stand ground, have a conversation, recognize their worth.  Now go broadcast  your new-found wisdom to your VO peers!
CourVO