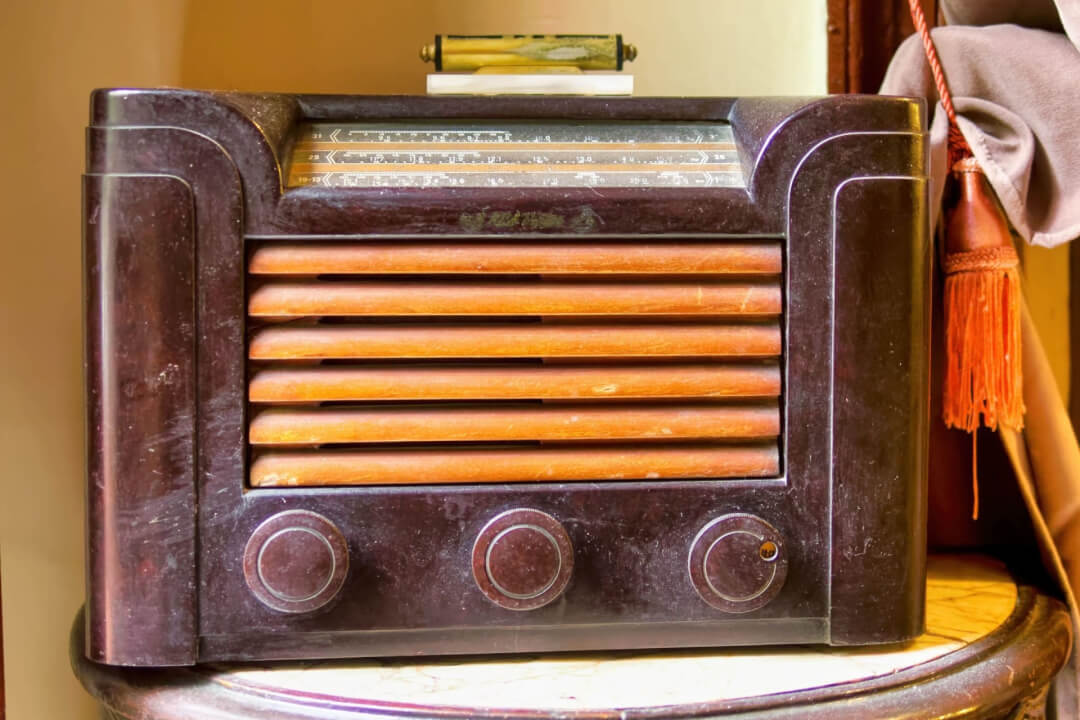 We live in an era of Netflix binging, streaming apps on our phones, and movies that skip the box office and jump straight to digital. With so many innovations, it’s easy to forget that radio was once the center of home entertainment.

In the years before TV took center stage, radio was a link to the outside world. It helped people weather the storm of World War II, for example. And while radio’s popularity stretches back to the 1900s, it really became an entertainment phenomenon in the mid-1920s when companies like the BBC started producing theatrical content specifically for radio broadcasts.

But you’ve probably heard that video killed the radio star. Over the course of the 20th century, radio’s popularity dwindled almost to nothing. TV (and now digital streaming) became the go-to method of entertainment at home, and cassettes (then CDs and now Spotify) took over car sound systems.

Experts predicted the death of the radio drama in the 1960s, and for the next few decades that seemed like an inevitability. And yet, here we are in 2021, with more radio dramas at our fingertips than all previous decades combined.

Radio drama as a genre is alive and well, buoyed by the rise of podcasts and a sudden focus (from A-list actors and production teams) to get in on the action. We can chalk that up to several factors, but one is the most surprising of all: COVID-19.

COVID-19’s Effect On The Performance Industry

2020 brought a lot of difficulties to performers around the world. Venues and theaters closed; concerts and shows cancelled. While every decision was made to protect the health and safety of performers and attendees, these changes threatened to decimate a global industry.

And not just any industry — one where many performers were already surviving paycheck to paycheck, or pursuing their dreams and passion projects while working multiple other jobs.

This led to a search for alternatives. Some theaters had archival video footage of past performances. In a few very rare cases, teams would film a short-staffed performance. Other productions migrated to Zoom, with the cast calling in and performing for remote audiences.

And others turned to podcasts.

People were looking to find new entertainment, and so they turned back to an old and established (if somewhat forgotten) medium: radio dramas. And that, in turn, paved the way for performers to come together, collaborate on  projects, and use their talents in a new way.

From Household Name To Niche Hobby

It’s easy to think about the Golden Age of radio. During the 1930s and ‘40s, households came together every night and huddled around the radio. Orson Welles’ legendary stunt, “War of the Worlds,” sparked an entire generation of performers to take their talents to the radio.

Radio dramas never quite “died” after those early years, but the industry was left in the dust beneath the rise of television. From the ‘80s and ‘90s, radio dramas mostly consisted of niche experiences or low-quality hobby productions. Nobody paid attention to them, so nobody invested in them.

Fast forward to the 2010s. Podcasting had exploded onto the scene, pulling the concept of radio talk shows to a whole new audience. Content creators and celebrities jumped to get involved. Big production houses bought up IPs or signed popular shows to lucrative contracts.

And after the widespread success of drama podcasts like “Homecoming” and “The Bright Sessions,” people realized that podcasts were bringing professionally produced, fully casted, and sound engineered radio drama back into the realm of popular culture.

New Kid On The Podcasting Block

The past decade of podcast radio drama success set the stage. But more importantly than that, it proved a clear path existed for performers and creators to collaborate outside of “traditional” avenues. And so when the world went into quarantine, performers started looking for ways to do what they love.

Radio has always been considered the “theater of the mind,” where radio dramas supplied audio and left it up to the listeners to visualize the scenes and the action. Podcasts began as a way for iPhone users to download and listen to a day’s worth of radio broadcasts. And as the concept grew, so too did the number of podcasts available.

After Serial’s success in 2014, podcast popularity snowballed. New podcast-centric networks like Radiotopia and Gimlet came onto the scene, combining original content with advertising and standardizing the entire industry.

Spotify, iHeartRadio, and Stitcher are just a few of the big players now. And any industry with  “big players” means money to invest into storytellers and performers who wanted to bring an old format — radio dramas — back into the light.

In the past few years, Marvel has created exclusive radio dramas. Amazon and Netflix have bought the rights to adapt podcast radio dramas. And production companies have crafted immersive storytelling experiences previously unheard of outside of traditional theater.

Radio Dramas After The Pandemic

We could spend all day celebrating fiction podcasts that hit the ground running in 2020, whether that’s From Now to Red Frontier to Faerie. But let’s circle back around to the topic of COVID-19’s positive effect on radio dramas.

There’s very little good to say about a global pandemic, but it is true that many performers were forced to adapt and experiment during (and after) quarantine. On one hand, it was a way to stay busy; on the other hand, it was a way of entertaining people during one of the most difficult times in the past hundred years.

Celebrated playwright Sir Alan Ayckbourn adapted a production as a radio drama podcast. The Academy for Classical Acting used Zoom as a means of broadcasting performances to a live audience, and then released the recordings as podcasts later on. A group of Australian stage actors combined their talents with a love for RPGs to tell radio-drama inspired stories.

Local theater companies around the world (like groups in New Jersey) created podcasts that found a bigger audience than their predicted attendance for on-stage performances. Groups like Seattle’s Sound Theatre Company used podcasting as a way to tell Indiginous stories and partner with other local teams to tell those stories.

There is a surprising amount of optimism to take away from all of the stories. Podcasting is something that’s as much a part of your daily routine as a cup of coffee or checking the mail. And now, largely thanks to post-COVID life, podcasting has given oral storytelling a second chance at life.

Radio dramas are once again relevant. And with an increase in the number of shows and the level of talent involved, it’s safe to say this art form is officially here to stay.

| My thanks to guest blogger Drew Gula who is a copywriter at Soundstripe, a company that helps filmmakers find royalty free background music by providing resources like royalty free suspense music.|