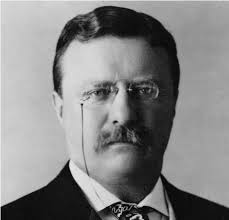 In my estimation, Ken Burns walks on water.  Everyone should watch every single documentary he’s ever made.

I am not a big fan of baseball, but I watched all nine episodes (innings) of his history of baseball with awe.  Same with the Civil War, Lewis & Clark, The National Parks, The Dust Bowl…they’re all just at the top of filmaking’s pinnacle.

‘Rather watch Reality TV?….puh-lease!  It’s like comparing a noisy dirt bike to a Rolls Royce.

If you think the mixture of good research, impeccable writing, poignant music, timely pictures (many in B&W), and a meaningful narration can’t be powerful…think again.  And a good many of the Burns vignettes are made up of still pictures with a slow zoom in or out.  Not fancy!

Peter Coyote is not my favorite narrator, but I guess Ken Burns likes him.  He gets out of the way of the story.  I’ll say that about him. Other voices, like Paul Giamatti’s characterization of Teddy Roosevelt is a study of the finest form of voice-acting.

Maybe I’m preaching to the choir, but dissecting the reason for the excellence of Ken Burns’ success is a worthwhile endeavour all around.  It speaks to all I’ve been saying across many months & blogs about the power of video, and it’s acceptance as the king of content.

And then….along comes Burns’: “The Roosevelts.”

I’m so enamored of history.  ‘Such insights to learn from the past.  Not only lessons we all can take to the bank, but a greater understanding of where we are, because of the truth of where we’ve been.

Without getting into politics, I can’t help but wonder if a personality as strong as Theodore Roosevelt might not be just what we need in Washington, these days.

“The Roosevelts” makes it unmistakably clear that where Teddy Roosevelt’s intellect, his physical prowess, or his family heritage did not see him through some difficulty, it was more often the sheer force of his personality that carried the day.

While watching Part-2 of “The Roosevelts” an observation struck me between the eyes.  Giamatti narrates:  “…Roosevelt was always himself, even more:  he was resolutely himself…”

Oh that we could all embrace such a mindset in our lives and in our work!

To be resolutely ourselves.

Is that not what every last voice coach — in essence — is telling you?  Be yourself!

You are a better “yourself” than anyone else can possibly be.  And therein lies your best chance at voice-over success.  The person the casting director is seeking, could very well be the you, you are!