The Other Definition of “Gig” 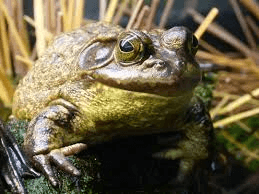 Freelancing is Not Free

You’re a freelance voice actor?  Oh!  Then you’re part of the gig economy; that strata of the working world that is uniquely coming of age in the 21st century.

You’re an independent, free-spirited, hard-working, set-your-own-schedule kind of an entrepreneur.

My childhood is now an anacrhonism, meaning “…a thing that is conspicuously old-fashioned…”

Somehow my father raised a family of three and sent them to college on the proceeds from farming 320 acres of black Illinois soil.  Yes.  I’m a farm kid.  But it wasn’t all corn, wheat and soybeans…we had a farm pond, too.

On a humid Summer night, I could hear bullfrogs at the pond croaking their love songs to prospective mates.  Froglegs — as the joke goes — taste like chicken, and it was common among young men from the farms around to venture out together in the dark of night and go “gigging” for frogs.  It involves no small degree of stealth, a bright flashlight, and a long pole with several sharp tines on the end.  Basically, a spear.  You can probably guess the rest…an outcome that was not beneficial to the frog.

Is Today’s “Gig” That Different?

Reliable freelance economy figures are hard to come by.  Forbes claims that as of August of last year, 57 million workers were part of the Gig economy.  A Nation1099 study boldly states that half of the US workforce will be freelance by 2020. The National Association of Counties publishes impressive data on the “digital platform economy” showing it’s especially growing in the South.

And here we are – voice actors – smack in the middle of it all.  Are we being “gigged” or are we taking advantage of “gigging”?

We reflect all the pros and cons of being in charge of our own business.  We’re free to book our own time, set our own goals, be our own boss, work as hard or as little as we want, and set our own rates.

In short, what we do is a blessing and a curse. Left to our own devices, we can either succeed auspiciously, or fail miserably.

At least we’re not alone.

Other Professions Are In the Same Fix

Welcome to internet disruption of the workplace.  Photographers, artists, writers, and more are now dependent on places like Fiverr, Upwork, and Guru.  Jobs abound, but at the worst compensation rates.

Freelancing has never been more popular thanks to the pandemic.  Here’s an excellent source for freelancers.

As voice actors, we have websites in our own realm that are doing this, and a few that are not trying NOT to do it, but everyone seems to agree that this paradigm is not going away.

Most hard-working voice actors I know are working somewhere else too.  It’s the VO haves and have-nots.

What we do is a blessing and a curse. Left to our own devices, we can either succeed auspiciously, or fail miserably. Click To Tweet

I was so disturbed at Backstage’s sorta P2P-style online casting service yesterday that I wrote them a terse letter.  They were repping a 30-sec promo gig for a Cable Company at $100.  My angry letter to customer service brought this response:

I am sorry that you feel that way. This appears to be a non-union job and we are not the ones that set the rates of pay, that falls to the job provider. We try to offer a wide range of opportunities to our subscribers, from good pay all the way to non paying jobs. We always suggest to subscribers that if a job offering doesn’t fit their criteria to bypass it for something that is more appealing. Again, I am sorry that you are dissatisfied and wish you well with your future endeavors.

THIS is also the gig economy.  They’re not the ones that set the rates of pay, but they’re happy to pass it along as if it had no effect on their subscriber base at all.

I’d seriously think about  giving up the 12 years I’ve spent to build a (kinda) successful voiceover business for something else…but the only other profession I can claim any legitimacy in is journalism, and THAT profession is tanking worse than most others.

Jacob Silverman writes about this in The New Republic in an article entitled: “Down and Out in the Gig Economy”

Several of his thoughts from the article hit me right between the eyes.  He was talking about journalism gigs, but it’s the exact same sentiments I have about voice acting:

“…you find that writing (VO) ability or general intelligence mean nothing if you don’t have the right connections, or the ability to flatter those in authority…”

“…for most of us, freelance journalism (VO) is a monetized hobby…”

OK, I admit it.  This is the sour rant of someone who was able to capitalize on the halcyon days of local TV, when money grew on trees, and left me with a cushion I can count on for many years.

But how ’bout you?

Are you the freelancer…or the frog?