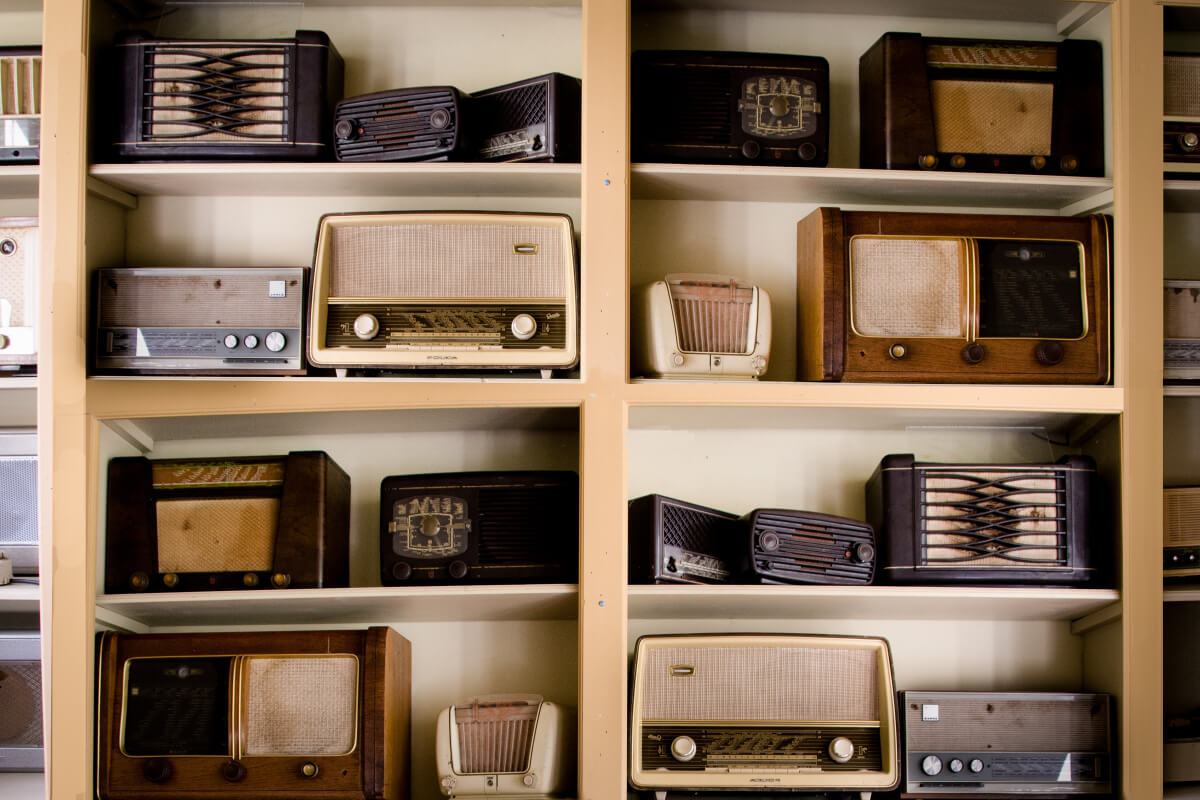 The transistor radio was my intro to geekdom.

Once I had that wireless, battery-powered plastic ‘n’ metal box in my hands, I was untethered and unalterably transformed.

Growing up near St. Louis, I had powerhouse KMOX talk-radio at my fingers.  But on a daily basis, I’d wake up to Top-40 station KXOK, Johnny Rabbit and Chickenman every morning.

AM was great. FM was better.

My first job in this business was as a DJ at the “Golden Country Sound” of KCCC in Carlsbad, NM.  Then it was on to top-40 KEXO in Grand Junction, CO.

After I joined the ranks of TV broadcasters, I still had radion on my dashboard.  I hosted a geeky radio show in Las Vegas, once:  “Cyber-Talk”, and always thought of radio as ubiquitous.

It was and still is, although diminished.

Of course, Radio did not go away when TV came along.  It changed.  Today a lot of the personality has gone out of it.  Stations are grouped, hubbed, centralized in their operations.  Some major markets still have actual people at the mic, but automated programming rules the air, and guys like ShotGun Kelly and Wolfman Jack are but a blessed memory of the heyday of radio.

Still, if you attend the massive NAB (Nat’l Assoc of Broadcasters) convention in Las Vegas every April, you’ll find the vibrance of radio reimagined.  Now, radio is HD, streamed, digitized, global, and beset by a growing podcast audience.

Voiceover opportunities in radio are still beckoning, but it’s no longer a cash-cow anymore.  What’s not recorded by in-house talent is shopped-out to production houses that will inevitably remind you that the spot you’re voicing is for radio…and the budgets are low-low-low.

Even with all that, it pays to stay on top of opportunities and advances in the radio industry.  I do that through an online and printed publication called RadioWorld.

Since I’ve been with them for a while, Radio World asked me to pass along this invitation to anyone who wants to follow along.

As a bonus, you’ll receive free access to issues of Radio World on your iOS device.

I’ve found some great tips in this publication on all sorts of things, including ISDN, remote streaming, headphones, pre-amps, microphones, and wireless devices.

Welcome to the world of radio!