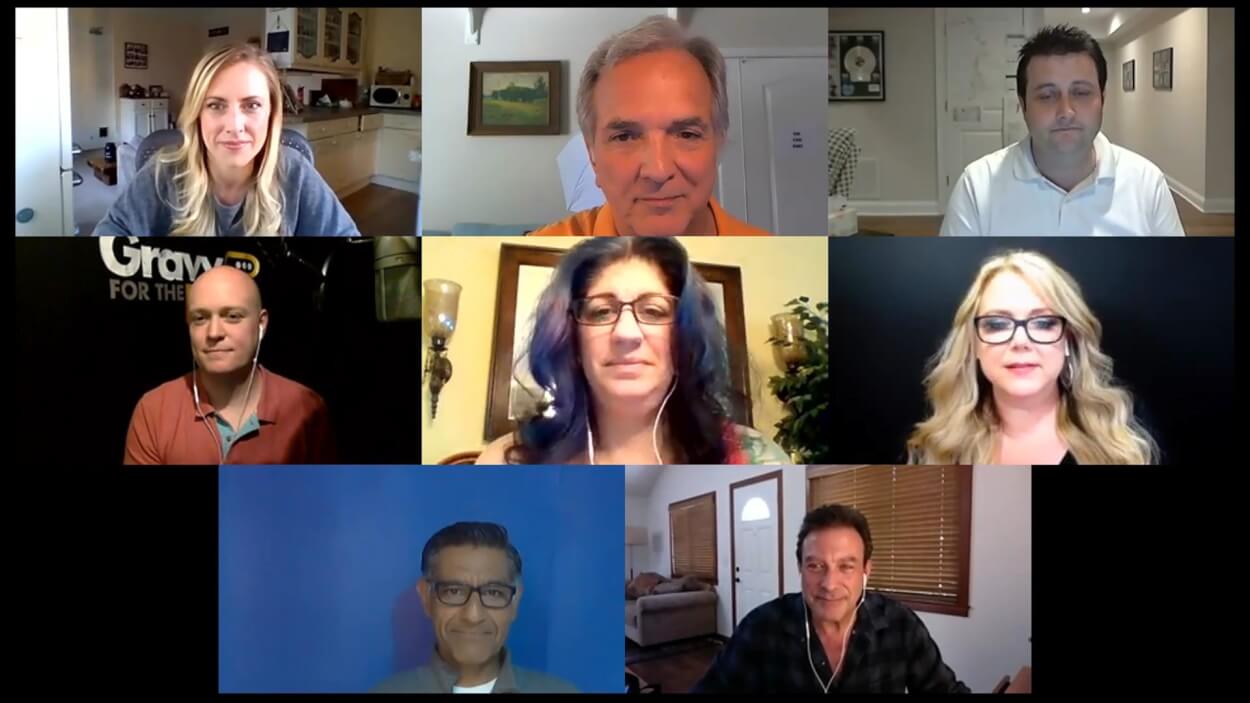 [an earlier article with this title and pic was published erroneously.  This is the “real” one!]

The two events certainly aspire to the same mindset; that of preserving as best we can the professional-level compensation rates that this community deserves, and which has been established over many years of hard-fought gains and legacy.

The resulting 40-minute discussion was recorded last Thursday, but held for distribution today so as not to conflict with the publishing of last week’s Town Hall video.

Our guests were re-assembled from a VO Atlanta forum of the same make-up in March.  The recording of that event was deemed unusable, so we reconvened, and re-recorded the conversation.

Our topic was whether it was prudent for voice-actors to share their compensation rates with others and the VO community at large.  Our panel consisted of:

As Always, my co-host was Anne Ganguzza.

I hope you will take the time to listen to the wisdom these pros share on this topic, and the many other tangential issues we address during this panel discussion.