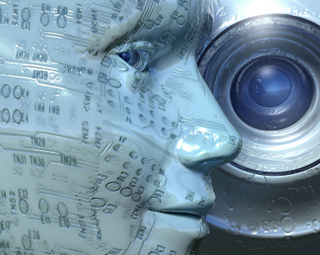 ‘Not sure why this subject fascinates me so.  Maybe it’s a natural survival instinct.

Back in 2009, I wrote a couple of blogs about artificial intelligence synthetic voices, and the threat it could pose to the voice acting profession.  You’d think we were practically obsolescent (kinda like the 80,000 semi-truck drivers who will eventually lose their jobs to driver-less trucks, right?)  Well, here we are 8 years later, and I don’t see any big threat yet.

I suppose it could happen…that eventually a synthetic human voice can be designed that captures all the nuances of emotion and understanding of a language.  But at what price?

What worries me is that some version of that synthetic voice will be GOOD ENOUGH to pull some jobs away from voice-actors to a corporate sector of the economy that decides the synthetic voice adequately satisfies their spoken needs.

Having to pay voice actors must really irritate Jeff Bezos of Amazon.  That’s the company knocking on this door time and time again.  Amazon’s Kindle was the first to roll-out commercially available text-to-speech content.  It was ugly and boring, but they keep tweaking it.

Now another iteration of this developing product: Amazon text-to-speech tool automates voice acting — an article in PC Gamer.com.  Come to think of it, THAT’S another industry that would probably LOVE to see synthetic voices succeed and thrive.  Remember the longest strike in SAG-AFTRA  history against the video game industry? (just settled, BTW).

I’m not switching to freelance photography yet, but this is an area that deserves constant attention.  Even Adobe is working on it.  See my blog from earlier this year.