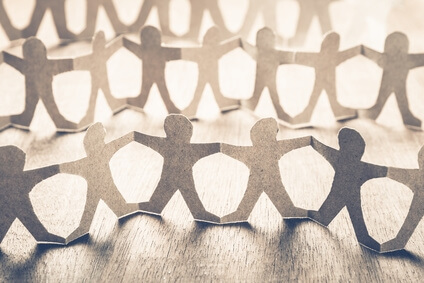 Being on the farm in Illinois last week — in the cool crisp Autumn air — and away from the internet as much as I could be, gave me clarity. Thanks for being patient with my agrarian pictures, instead of timely VO blog articles.

And yet, when I was able to see happenings in the VO world,  how could I not be dismayed at the actions of the VO subscription site based in London, Ontario, Canada.

This is my first time to comment, given some time to consider what’s happening.

VDC wants to own it all; non-union, and now union VO jobs.  They forge ahead with their own announcements for moving into the union/agency work with no apparent formal agreement with SAG-AFTRA.  The union seems to be utterly bereft of any awareness to the history of insidious business practices of VDC, and what few unofficial reactions they made to these developments are merely a reposting of VDC’s own self-serving announcement.

Those of us who have been trying to warn SAG-AFTRA of this impending disaster can’t believe what we’re seeing!  Total complacency at the union’s lack of understanding of the danger in VDC’s aggressive moves. No wonder VDC forges ahead…the only organization with enough strength to counter their plan seem disinterested at best.

Of course our industry is changing in ways enabled by the internet juggernaut. Online casting may well be the future, but not this way. NOW is the time to decide: will you rationalize, justify, or otherwise acquiesce to the nefarious, hidden, and dishonest business activities of VDC?…or will you uphold honesty, integrity and ethics?  Will you work in an industry that is being destroyed by greed and avarice, or tell your agent, your union, and your colleagues that you simply will not stand for it?.

So much more of truth of this matter will be revealed in the coming weeks, but remember this time as a turning point.  A time when you could choose to maintain your self-respect and take the high road, or give yourself over to the baser aspects of the marketplace…indeed, of humankind.

Demand answers. Take a stand. Be a catalyst for good. Don’t roll over. VDC’s grasping scenario is not a foregone conclusion. There is so much more to say, so pay attention.  Be educated & aware. Think beyond your next gig to the bigger picture. Our collective careers are falling prey to an over-zealous and avaricious opportunist while we do nothing.

Do I over-estimate the situation?  Am I being too dramatic? Too reactionary?  Time will tell, and then I will tell you that the turning point is well past.  Well past saving.