The 1 Thing That Will Help You Fail at VoiceOvers 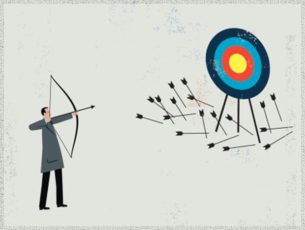 Last week, I was approached 3 times by eager new hopeful voice actors.  People who were either told they have a great voice, and wanted to know how to get started, or who had already taken some training, and were enthusiastic about their new career.  Here are excerpts from one such email:

I’ve retired from 25 years in ABCD in September and just completed voiceover training from XYZ Coaches.  I am currently developing a business plan, a logo and contacts to begin sharing my demo and acquiring some experience.  I’m writing from my newly minted email account and plan to develop this enterprise, step by step.  Currently, XYZ Coaches is hosting a mini-website to promote my demo. It can be found here: http://www.XYZCoaches/mydemo.  Attached are the mp3 versions of the demo for your review.  I am very excited about the days ahead in the VO world! I’m excited for this person.  Maybe he’ll hit the ground running, and find financial success right away.  Freelancers are growing by leaps and bounds.  The “gig economy” has lots of appeal.  See this article entitled:  THE EXTINCTION OF THE TRADITIONAL WORKFORCE.

The reality for most freelancers, though — and especially for voice actors — is: this career is  built on consistency, patience, and steady growth.  I know of only a handful of voice actors who entered this profession, found incredible success, and began feeding their family, as well as paying all their bills within two years.  A handful.

I’d never discourage my emailing friend above.  He could be in that handful.  But going by statistical principles, he’ll most likely land in the realm the rest of us are toiling in; training/practicing/improving in the long haul.  Will his enthusiasm survive the inevitable disappointment or long-term reality of hard-fought success?
Voice acting especially requires a deep immersion in the culture of acting, delving into sound freelance business practices, and then a entering a thorough study in the genre to which you’re aspiring.
Are there shortcuts?  A few…but you find them through due diligence, asking questions, finding a mentor, networking, becoming part of the community and keeping your eyes & ears open.
Much has been written of late about the brief attention span, and lack of patience in the millenial generation, but I see it across age groups.  What are you told about your demo?  Keep it to a minute, and make sure the best stuff is in the first 10 secs.  No one has time for ANYTHING any more.  ‘Certainly no time for patience.
I’d love to see the stats on failure rate after two years in voiceover. Someone please do a longitudinal study on a group of 100 hopefuls, and follow them for two years?
Here’s my somewhat educated guess of the results of such an imaginary study:  half drop out within the first year, when they realize big sacks of money never arrived at their door.   Another 30 or so may last into the second year, then bow out.  Of the twenty-or-so remaining, 10 will be doing voiceover from opportunities part-time from listings they find on ODesk, ThumbTack, or UpWork, and can’t be considered career candidates.  In my make-believe scenario, that leaves 10 people.  10% of the original 100 who are willing to see it through and be professional voice actors.  (leaving up to you the definition of “professional” — I plan a blog article this week about that).
So what’s the one thing that will help you fail at voiceovers?  Impatience.
I’ve been at this seriously almost 10 years.  Granted, much of my attention is pulled away to TV News 8 hours/day, but I would argue that I’m a working VO professional nonetheless.  Am I in that handful I mentioned above?  Not in the least.  Am I giving up?  Nope.  I’m doubling down on patience and determination.
You?
CourVO