4 Reasons for VO Agility in a Changing World 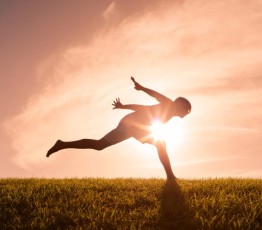 We don’t see it because we’re so wrapped up in it…part of it…causing it.

The pell-mell pace of change.

No other generation in the history of humankind on this earth has fallen victim to the opportunity and the pitfalls of innovation, cultural churn, and info overload like this generation.   At VOICE 2012 and 2014 I presented on the wisdom of using LinkedIn as one of the best social media marketing tools around.  Now, I’m seriously considering dropping my membership.

On the plus side, freelancing – or the “gig” economy – is taking a firm hold in most free-market economies.  Work your own hours.  Fight for your own compensation rates.  On the downside, that same shift is leaving more people without health benefits, minimum wage requirements, or job security.

Don’t be fooled into thinking any comfortable piece of this puzzle is here to stay.  What’s working today may fail tomorrow.

Most voiceover talent who’ve been around for 15… even 9 or 10 years can see the undeniable paradigm shift that is morphing this business.  It’s taken ISDN longer to die that we thought.  But this mighty technology, too, will eventually be replaced.

To put it in surfing terms, you either ride the wave, or get swallowed up by it.  Luckily you get 2nd, 3rd, 4th chances and more, each failure a lesson.  The next wave not exactly like the last one, but hey…you’re smarter, more agile, tougher.

We’d love for things to stay the same while we march up the steps of certainty to the top, and say we’ve made it.  But the stairs these days keep moving, and the top is elusive.

Adapt and change, or sit still and watch the world march by.

4 Reasons for VO Agility in a Changing World

Younger people set the pace.  Sitting firmly in an age-group that would be called over-the-hill by most X-Gens, or Millenials, I can see clearly the effect youth has on culture. Wherever you are on the age scale, keep on eye on the coveted 18-34 year old demographic.  Let’s face it…they have the endless energy,  the acceptance of the latest tools/devices/technology as the norm, and the gumption to ask “why”.  Sure, there are plenty of voiceover opportunities for 40’s. 50. and 60’s-sounding people… but the cutting edge will always be younger.  The NEXT NEW THING will come out of that population set.  Watch it.  Listen to it.  Understand it/them.  Know the lingo, the music, the motivations.

Technical Innovation.  Remember the funny video that made the rounds of Don Lafontaine and friends traveling to Hollywood studios for movie trailer auditions? (5 Guys in a Limo)  Well, the audition calls to network or movie studios are not gone by any means, but the internet has changed it forever.  Now, people in Poughkeepsie and Wilmington can answer auditions, and make a pretty good living doing so.  That’s just one HUGE change to our business, but there are many others that have come along like ipDTL, Skype, and smartphones.

Fickle Consumers.  The technical innovation mentioned above is changing the very nature of human behavior.  Radio and TV attention habits are different.  Oh, sure, the baby-boomers will keep those broadcast dinosaurs going for a while, but the decline from halcyon days is indisputable.  And gone with it, many of the more lucrative outlets for voiceover talent.  Yes, diverse digital streams replacing tried-and-true broadcast habits are also providing new opportunities for voiceovers, but worthy compensation in this brave new world is something that will have to be fought for all over again.  “Niche” is the future…a specialty channel, stream, podcast, movie, TV series, and blog that panders to a thousand-and-one specific interests.  Figure out where a voice actor finds a foothold in all that, and you’ve built a new business model.

Sales/Marketing/Advertising Revolution  The host of a reality TV series hops in a car to reach out to a new contestant for an interview, and on the drive, the camera lingers lovingly on the Nissan logo more than the script calls for.  Only, NOW…the script calls for it.  I wonder how much that car manufacturer paid for those few seconds of in-show (or placement) exposure.  Nielsen ratings are yielding to something called Rentrack in the broadcast world…and no one but no one has a decent cause-and-effect metric for measuring online participation.  Oh sure, there is cost-per-clicks, pay-per-clicks, and clicks-per-visits, and even eye-movement browser mapping techniques these days, but advertisers aren’t convinced.  In their confusion, they continue to buy broadcast advertising until something more concrete comes along in the digital world.  And where advertising dollars are confused, producers are confused, and where producers are confused, talent gets a stiff-arm.  Even traditional freelance voice-over marketing tropes are changing as we speak (are still sending postcards or video email?…or both?).

Oh, you already know all this?  Great, then maybe you’d like to share your wisdom… or at least suggestions in a comment to this blog below?

I for one find it invigorating and challenging to face this new future with open eyes and hope.  I can’t consume enough of the information overload that exists, and find the whole of cultural developments fascinating….until my earnings start to drop… then it’s not fun anymore…it’s business, and I take my VO business seriously…seriously enough to pedal fast enough to keep up.