The Nuances of VO Networking 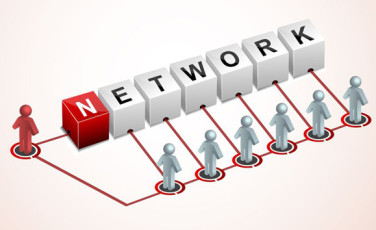 No other word in Social Media, marketing, voiceover or business strategizing is more over-used than “networking”.

You’ll hear people toss out that word like they actually know what it means:  “That conference will be a great place for  networking.”  “You’ll have to be better at networking if you want to build your client base.”  She’s so good at networking, and it shows in her success.”

That kind of thing.

Well, most of us KINDA know what “networking” means….I guess.  A network is an interconnected group or association.  Most would agree it’s an advantage to be part of a network of like-minded people.  Two heads are better than one and all that.

But one gets the sense that “networking” has a distinctly different meaning in this new digital world.  At its root, networking in this realm means raising your profile to the greater community at large; among peers and prospects.  Successfully done, this kind of networking will yield results, but the hard numbers are maddeningly hard to come by.  Just so you know.

Hey, I’m no expert, but let me float a few ideas about networking in the new media age, and how it might help your VO business.

Honorable mention:  Research.  With the amazing tools at our disposal online now…you have no excuse for making a “cold” call.  Make a “warm” call after an online review of the person at XYZ company or studio who makes the talent hires.  Maybe he/she went to the same college, or has the same strange first name as your mom that makes you memorable in an opening conversation.  Before you walk into the conference, find out who’s attending.  When you see something incredibly helpful in a FB post, look up that person’s profile on LinkedIn to find a commonality that you can build on.

See?  Much of “networking” may just come naturally to you.  But augment your already solid network of voice-over resources with the 8 ideas above, and reach a master-level proficiency.