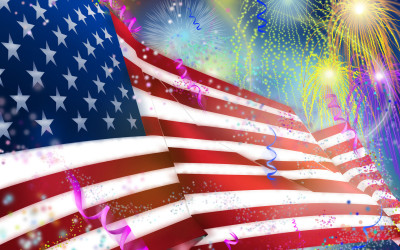 Wow, wasn’t it just Memorial Day?  Patriotic holidays make me all verklempt.  I love the things that draw this country together, rather than divide us.  Enjoy the time with family, friends, or whatever is YOUR tradition in celebrating the 239th birthday of the USA.

You probably know this, but I think it never hurts to run the facts:

Isn’t it odd that we Americans feel cheated if a holiday falls on a weekend?
How DARE that happen!

I’m mostly kidding.  But really!…are we THAT spoiled?