5 Clues Your “Persistence” is Really Pigheadedness 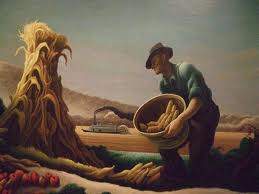 We Americans are no quitters… no siree!  The greatest nation on earth wasn’t formed by slothful, easily-defeated slackers.

The cultural mantra traditionally applied to difficult tasks is to bear down, not buckle under…to try again and again until success is gained.

Many are the examples of great Americans in history to support this belief:  Thomas Edison reportedly tried more than 900 times to find the right sort of filament that would sustain the illumination he was seeking before finding the right substance for the light bulb.  Colonel Sanders of KFC fame is said to have only found a buyer for his famous recipe of 11 herbs and spices on the 1009th sales call.

Generally, I couldn’t agree more. Such an attitude has served me well.  Hard work is an ethic I learned early on the Midwestern farm where I grew up.  Inescapable chores every morning and evening, and plenty to do in between.

But persistence should not be confused with obstinacy or obsession.  Completion is different than quitting.

Sometimes it takes strength and courage to walk away, admit a mistake, and take that experience for the teacher it is.

I can think of numerous examples in the world of voice-acting.  Cold-calling either suits your personality or it doesn’t.  Knowing your marketing strengths might have you sending video emails instead.  There is no shame in accepting that you have a money voice for E-Learning rather than network promos.

I could go on.  As freelancers, marching uphill, and taking the path of least resistance can lead to fruitful results, or painful realities.

This is a grey area, and I don’t mean to encourage quitting, when clearly hard work will help you reach your goal.  Like anything else in life, you have to understand your tolerance for risk, know what your personal situation will allow (especially when others are affected by your decision), and leverage your passion over drudgery.

I’d like to share with you five points I’ve found helpful from Gail Barker of Stellar Coaching and Consulting:

Now get back to work!…just make sure it’s the work you were meant for.