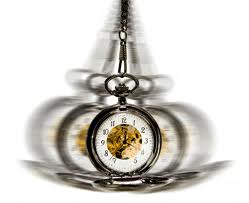 ‘Cause we profess to not have a clue about the clock.  “Oh, I just don’t know where this week has gone to!” ..you’ll hear someone say.

Now, here it is a week from Labor Day — the unofficial end of Summer — and all of the sudden Christmas ornaments are showing up in Wal-Mart.  Everyone’s VO business moves into the fourth quarter.

Admit it, August was a breather.  Most of Europe shuts down, and most of your friends have been hard to get a hold of.

September seems to bring a hard reality slap to the season, and tends to point us in a more serious direction.

Here’s something that I hope will get you back in the groove:

ONE WEEK FROM TODAY…I’ll be launching the third annual version of what is becoming a September tradition in VO communities:  VOAToday

In 2010, it began as NVOAM…National Voice Over Appreciation Month.  Last year, it morphed into VOAToday…Voice Over Awareness Today.

As a VO community resource, VOAToday is unique.  Sharing of information is at the core.  Communicating, participating, giving, getting, and maybe even winning a righteous and tangible prize is all part of it.

Virtually everyone I’ve approached has enthusiastically agreed to help.  This year, one of the grand prizes will be Harlan Hogan’s just-released, newly re-designed PortaBooth Pro.  Voices.com, Voice123, Edge Studio, VoiceOverXtra, and other familiar names and organizations are donating valuable awards, and helping to spread the word.

I’ll be posting regular updates here, and am putting the finishing touches on the VOAToday.com website as we speak.

VOAToday costs nothing (well…just a little time, I guess)…but merely by participating, you become eligible to win a prize.  I’ll be posting the prize packages later this week.

And I hope you’ll forgive me if I do some social media marketing of the event…especially this week and next, even thought the event runs through the entire month of September…a fresh question, new opportunities to engage, and a different prize package each week.

So break out of the Summer doldrums, and plan to get back in the swing of things in September…take just a little TIME, and VOAT for the VO community.