The Ancients Did VoiceOvers 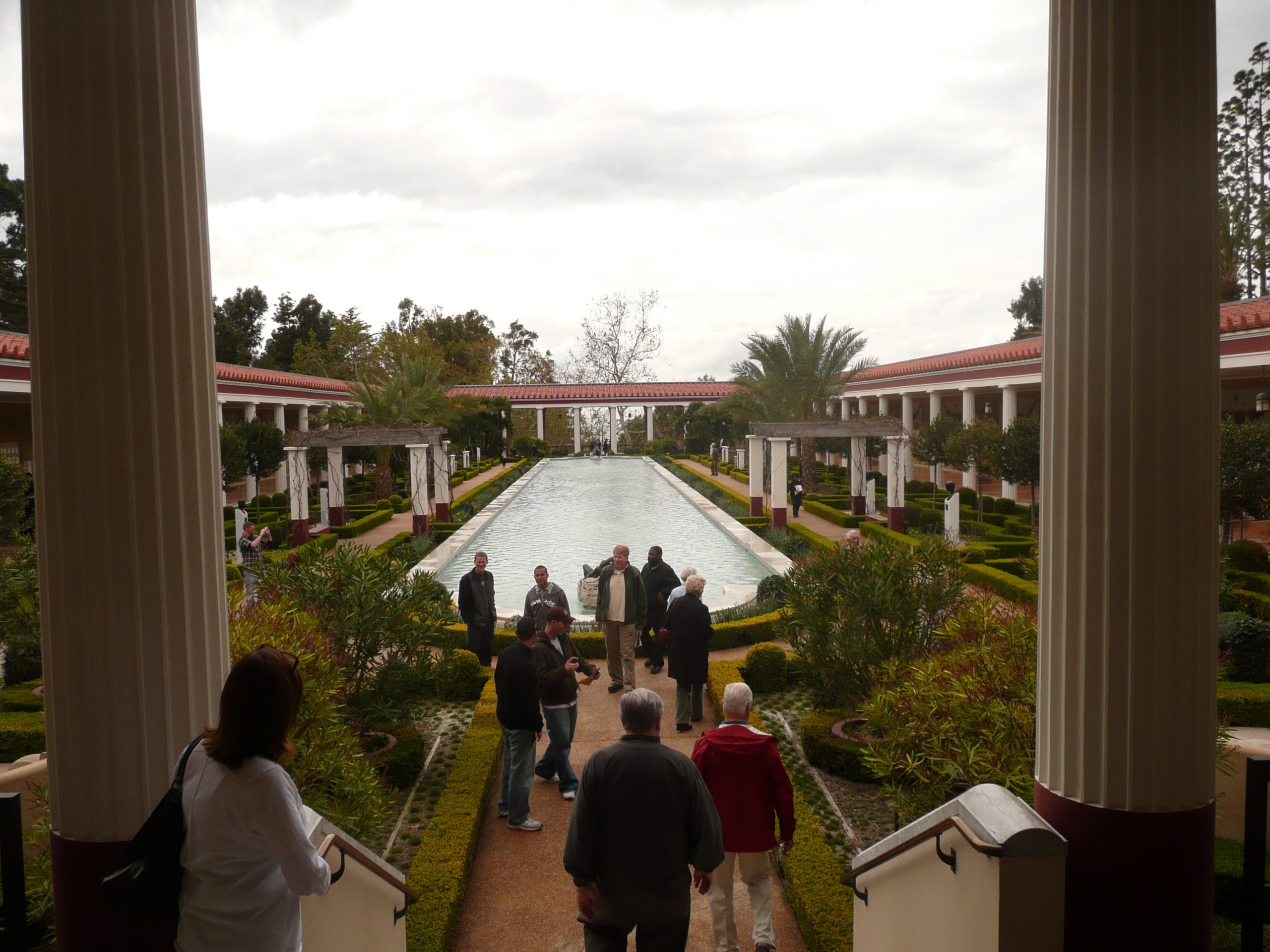 ‘spent the day at the Getty Villa in Malibu Saturday.

For those of you who just said “huh?”…lemme explain.

J. Paul Getty — the original oil magnate of the last century — was also a collector of Greco-Roman antiquities (among other things), and his 62-acre “villa” in Malibu puts it all on display.

The place is amazing.  Pic at left is the part of the property recreated to looks like a Roman villa.

Inside the museum portion of the Villa are endless artifacts dating back as far as 3000 B.C. and including incredibly preserved artworks up through 500 A.D.

The most amazing sculpted relief, though was the one seen here on the right.  Follow the red arrow, and unless I’m mistaken, it points to the naked guy holding an Elecrto-Voice EV-20 microphone.

This shatters all previously-known theories of archeology and the Roman Empire…not to mention time travel, H.G. Wells, the patent office, reel-to-reel tape recorders, and electricity.  It certainly explains how announcers in the Colisseum were EVER heard over the raucous blood-thirsty crowd inside the place.  And above all, it rewrites all the history books about the early days of voice-overs!!!

Imagine the artifacts diggers SHOULD be looking for:  evidence of union contracts on stone tablets, bronze mic stands, Centurion training videos, Etruscan phone messaging machines, marble-inlaid Avalon pre-amps, and stone-carved Pro-Tools plug-ins.  The mind boggles at how looting by vandals over the centuries has ruined the evidence for this revolutionary find!!!

Please, join me in suggesting items Archeologists in ancient Middle Eastern lands should be on the look-out for!

Entire new curriculums in institutions of higher learning will have to be devised.  I”m not sure I can sleep tonite!