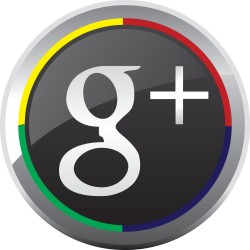 Yes.  What WOULD Google do?

…and what can you learn from that?

I mean, it’s one of maybe a handful of dominant global companies that has everyone’s attention and participation:

The superlatives are staggering.  They go on and on.  Facts ‘n’ figures on Google’s profound mark on the world are innumerable.

They’re axing a limb.  Google announced that soon, they’ll just eliminate Google+ (G+).  Now, granted, it was an also-ran compared to the other social media giants (Facebook, Twitter, LinkedIn, etc.), but no company tried harder with more persistence and more investment, to build a social network, than Google.

They had incentive to get out the axe, and a little more than just egg on their face.  Apparently they’ve known for months that 500,000 or their subscribers’ accounts had been hacked.  But they did not report it until now.  THEY claim their investigation determined that no data was at risk and it was much ado about nothing.

But it must’ve seemed to them that this was the perfect time to just bail.

There’s something here for all of us to see and emulate (on our own scale, of course).

Google has a reputation for abruptly discontinuing enterprises that don’t seem to be working.  Most of them much-ballyhoo’d.
Here’s a short list:

There are others, but not that you’d likely recognize.

The lesson here is this:

If a monster company like Google has the agility and self-awareness to “trim the fat” when things aren’t working, how much more agile could YOU be (as a single-person freelancer) in the market to make similar business-saving decisions?

Think about what’s dragging down your bottom line, and just turn the corner on trying to save it.  Let it go.  Burn it, bury it, blow it up.

You’d be surprised at what might just spring up in its place.