Does Your Location Determine Your VO Opportunities? 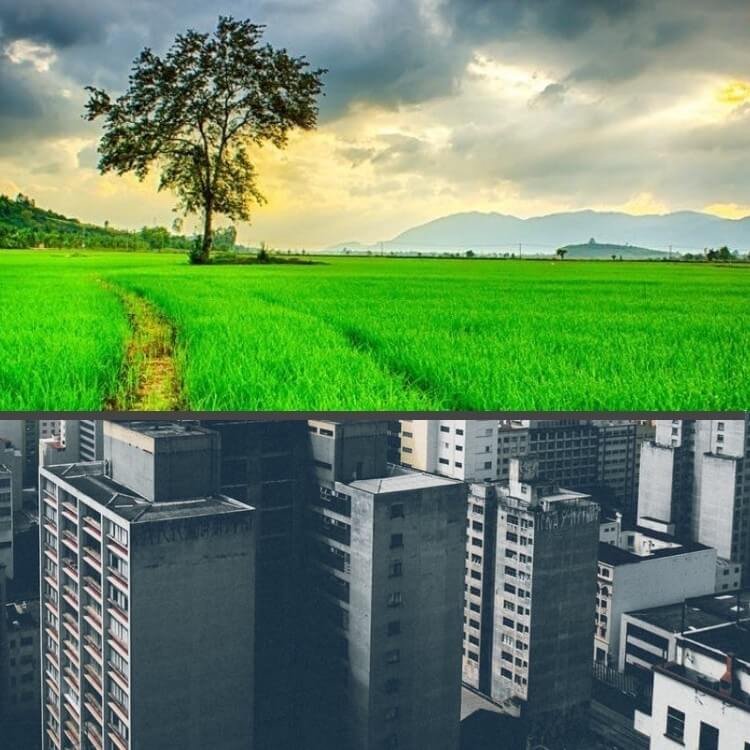 Here’s why: The really great-paying jobs still require you to live in NYC or LA. (with some notable exceptions).The good news is that enterprising freelance VO’s from Gainesville, FL to Port Angeles, Washington are making a good living as a voice actor. Making a living…not a fortune. As recently as the late 90’s to early 2000’s, you almost had to live in the New England metro area, or the Hollywood hills to even DO voice-work.

As a closet sociologist, I call it the “flyover states conundrum”. Plenty of people living in South Dakota or Tennessee could not imagine leaving their comfortable confines to take on the traffic, congestion, and intimidation of SoCal or the Tri-state area. What they sacrifice in that decision is closeness to the powerhouse entertainment industries that require instant access to creative communities at their doorstep.

Those large-urban centers also benefit from close internal association to other like-minded talents. Witness the many professional and social in-person gatherings of groups like the FaceBook Voice Over Collective. If you live in Albuquerque, you will not find it convenient to regularly attend Tim Friedlander’s weekly workshops, or go to VOBS live shows.

So, more than just job opportunities, these creative cultural communities challenge their members in unique ways by virtue of their number and togetherness. Individuals benefit from a high threshold of association to like-minded talent.

PROXIMITY STILL A PLUS

Internet-enabled technologies like ipDTL and Source-Connect — even legacy products like ISDN — have opened doors for talent in “flyover states” to be available to big-name producers in LA or NYC, but the culture of instant access and physical proximity persists.
People hiring talent in those two entertainment-focused metro areas consciously or unconsciously believe that the BEST talent for their projects are near Hollywood or NYC. That’s true only because (in a sort of self-fulfilling prophecy), talent also believe their best opportunities are near Hollywood or NYC, and therefore flock to those centers.

What’s your priority? Forests, farmland, and a small-town atmosphere?… or a bustling urban/cosmo powerhouse? “Good enough” compensation… or undisputed access to the very best-paying jobs in VO? The lines are not distinctly drawn, but the differences are clearly there.

Humans in developed countries just naturally seem to gravitate to major population centers for opportunity. Internet or no. Something about the physical proximity to urban advances makes it so. The perfect example is the enormous population shift from China’s countryside to its new burgeoning urban areas during the economic awakening in that country.

Is the best of VO opportunities to be found in its major urban areas?   No easy answer.  Many sociologists believed that broad, cheap internet access would level the playing field between the haves and have-nots. While that effect certainly HAS been felt…traditional face-to-face human interaction seems to (so far) outweigh the virtual or digital substitute (ipDTL), and an equitable distribution of opportunity and compensation in ALL areas is elusive.  You laugh, but parts of Arkansas are drop-dead gorgeous.  Jus’ sayin’.

Sitting as I do on the geographic cusp of the LA market, these differences seem acute. I’m close enough to drive to SoCal when and if I need to. Almost without exception, though, my availability in this way is just not close enough for Hollywood’s agents, producers, and decision-makers. I’d at least have to live in Pasadena.

Close friends and associates from other cities in the flyover states have now made the transition…opting for LA.  I applaud their decision. I hope it was the prudent move, and that “the big one” is far away. Although, just a couple of days ago…well….click here.

In the late 70’s I lived in LA (Hermosa Beach) for a year. I wasn’t talent then, I was in sales. Still, after a year in LA traffic, I knew no combination of money or opportunity could make me stay. I’ve been a flyover guy ever since.

Have I accepted my quality-of-life priority over making the very best dollars possible in voice-acting?

Until the Internet disruption is complete (if ever) I have to.