How Boys Town Can Help Your VO Business 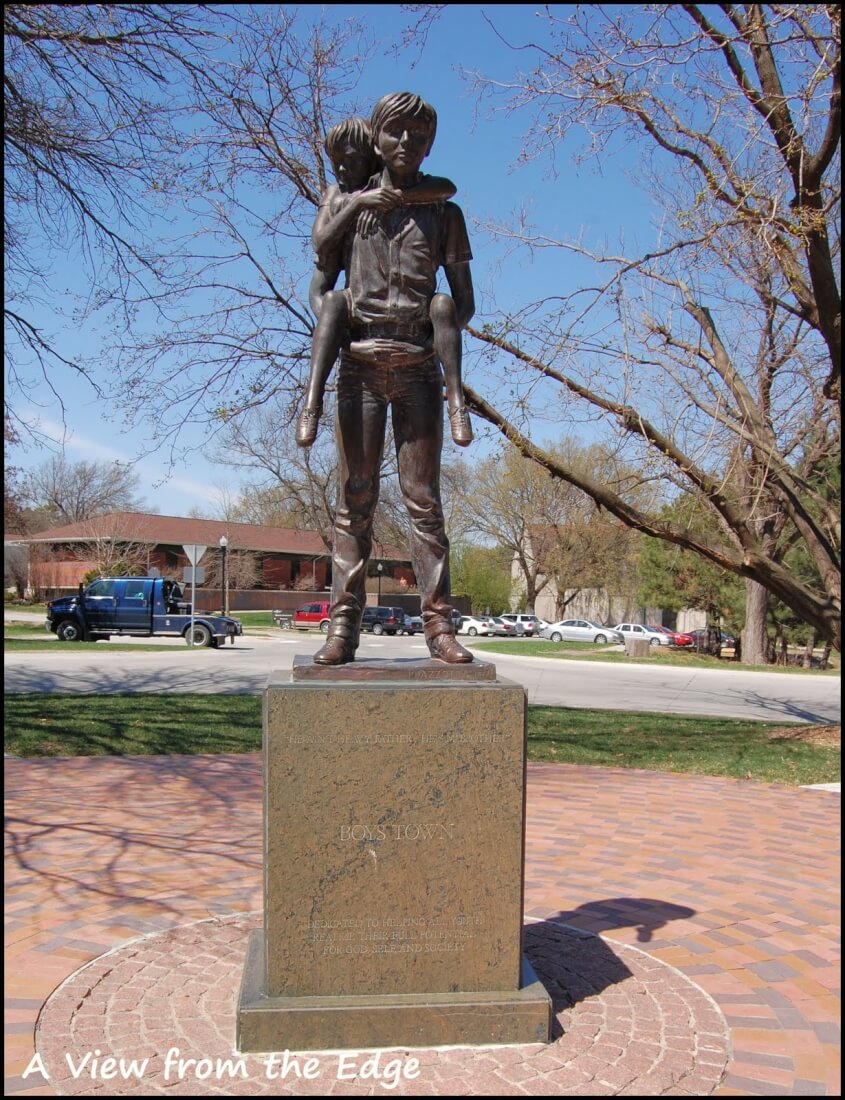 Father Flanagan’s dream is still very much alive.  Not only in its hometown of Omaha, NE, but now in other cities across the nation.

In fact, back in 1989, a certain TV news reporter helped establish the chapter in So. NV…and I’ve been on their board of directors ever since.

I spent about 2 hours Monday with the Executive Director of the local Boys Town branch – Denise Biben.  She’s a passionate and gifted advocate for Boys Town, and their proven methods of changing lives through intervention.

Biben is struggling, though, to get proper recognition for Boys Town.  Unfortunately, it has always been so.  Boys Town is easily lost in a host of other children’s charitable organizations that start with “B”.  Big Brothers/Big Sisters, and Boys and Girls Clubs to name a couple.

But in the second decade of this new century, the challenge is even greater.  There is little visibility on the horizon of today’s media madness without Social Media.

The more we talked, the more I realized how similar were the Social Media challenges for Boys Town, and CourVO’s freelance voiceover business.

[Given the success I’ve had with Social Media lately, I began to wonder if I was going to be able to help Biben with her challenge.]  🙂

For her and for you, and ALL voiceover freelancers trying to be noticed above the online noise, let me try to distill some advice down to a few memorable points:

PUTTING FLESH ON THE BONES

These are oversimplified bullet points, but I’d be here all night fleshing out each point if I got serious about it.  Maybe I’ll make that a blog series someday.

Even the biggest corporate entities on Social Media have a very personal presence through SOMEONE. For voice actors, that’s usually you.

The results come when are involved, responding, and interacting with others.  And when you’re involved, come with gifts.  A link.  Some info.  A tidbit.  Make a contribution.  Pay it forward.  People will notice.

Not enough to just have good content, though…it’s gotta LOOK good.  More so than ever.  The attention spans are getting shorter and shorter.  Colorful graphics and video catch the eye.  Make it pleasing.

Finally, with Social Media platform algorithms changing by the hour, you must stay abreast of the big stuff.  Most major news outlets cover the basics of social media moves.  But go to Mashable, The Verge, or NewsCred to get the latest.  Important stuff changes almost every day.  Seriously.

Boys Town is up for the challenge ahead.