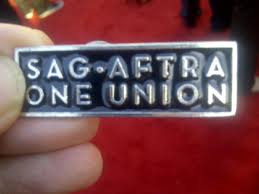 Where do I even start?

Let’s face it, except for a Hollywood handful (granted: a sizeable handful), most voice actors don’t work for select studios or even certain companies that the union could deal with. The union has been able to negotiate with a few notable book publishers for audiobook narrators.  But here’s just no way it can spend the time/money it would take to enforce unwanted rules or rates on, say, all the eLearning clients out there.  That means the rules and rates fall on SAG-AFTRA’s members’ shoulders.

How does an institution that big diplomatically represent the best interests of its members, while at the same time police their members?

VO used to be under the AFTRA banner, and now it’s more-or-less a subset of legacy SAG on-camera contracts.  Other than the niche of videogames, and the aforementioned audiobooks, SAG-AFTRA only tends to look after its Hollywood VO talent.

I’m no union expert, and this is all my cursory opinion.  I AM a union member, but I struggle to remember why I joined.

But set all that aside for a moment, ’cause SAG-AFTRA is at this moment dealing with a challenge with such huge potential for damage, that I’m surprised they’re able to keep the phone lines open.

The current #metoo/sexual abuse scandal puts SAG-AFTRA the center of the target as representing both the accused and the aggrieved. Both parties are members.

For a quick analysis of this predicament, you may want to take a look at this article from DEADLINE.

A close associate who works at a Hollywood talent agency beset all-around by #metoo challenges, tells me this is sucking ALL their available time and energy.  The agency is but a microcosm of what SAG-AFTRA is going through right now. I realize SAG-AFTRA has enormous resources, smart lawyers, and big budgets, but this has the potential to be YUGE, costly, and detrimental…especially if Gloria Allred has her way.  And it’s not nearly over.

Forget VO, they have whales to fry.