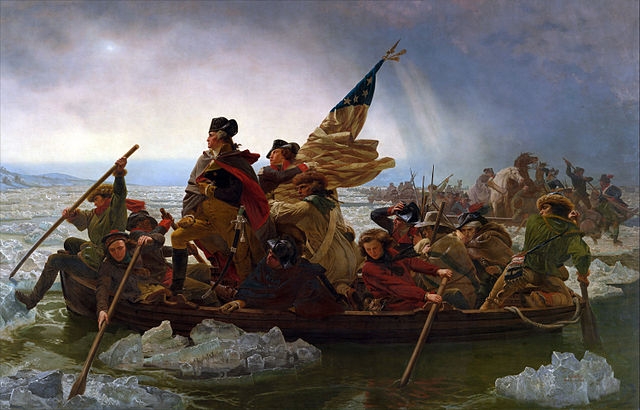 The “BIG” wars get all our attention these days:

Not that they shouldn’t, but it’s mostly because they’re recent.  However, in all those wars, we were already a country with our feet under us.

But not in the early 1770’s.  Only the most prescient Americans could see the clear course of independence. If you’ve ever read “John Adams” or “1776” by David McCullough, you realize the desperation of those times.  Washington and the Continental Army must’ve had angels watching over them, so close were their brushes with failure.

In that sense, then, their dogged determination is all the more to be praised, and their example is at the heart of the American Spirit still.

Honor their victory by crossing the Delaware in your mind every day.