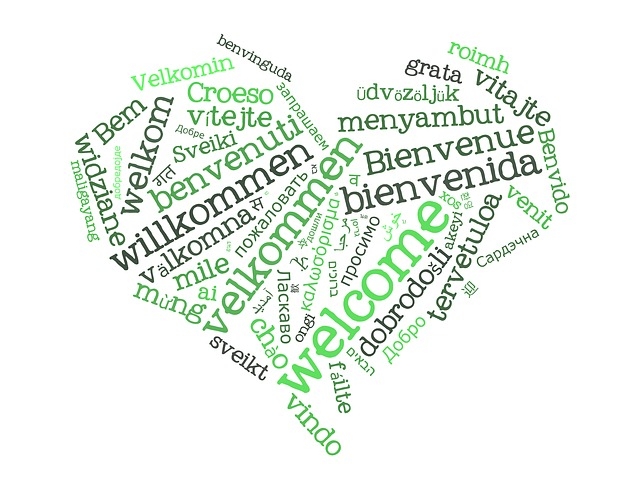 My father (a native French-speaker or Francophone) spoke NO French around the house, ’cause he was trying to achieve acceptance as an American, and because that’s the way it was back then.

For the first 17 years of my life, I pronounced my last name as KOR-VUH-SEER’.

The harsh reality of having grown-up in 20th-century America?  Foreign-language learning was not even on the radar of the public school system.  Oh sure, you could take foreign-language courses.   I took four years of Latin, ’cause I thought I was going to be a scientist.  Other than helping me understand root words (Etymology), it’s been a bust.

6% of the world speaks native English.

There are two ways to look at that fact:

Those of you voice-actors lucky enough to be truly bi-lingual know that your business opportunities and prospects are much greater with two spoken languages in your tool kit.

Many bi-lingual voice actors claim “unaccented” spoken words in two languages.  Having that level of proficiency means you likely had exposure to both languages equally from a very early age.  Lucky you.

Here are your choices if that isn’t part of your history:

Learning another language as non-native speaker — even in early years (as most language trainers suggest) — still requires continual exposure to native speakers, and endless immersion in cultures speaking that language to be able to maintain proficiency.  Sounds like a lot of work, a lot of money, and/or a lot of time, unless you live in a family of international diplomats.

Learning another language as a non-native speaker — as an adult — requires even more dedication, time, energy, and exposure to native other-language speakers than the above option….AND it’s expensive.

Language-training programs have come a long way in recent years, but unless you have the state department paying your way to learn Farsi, you’re going to have to invest in costly programs online or in person like Rosetta Stone.  For $500, you can get started learning another Romance Language with Rosetta Stone.  (ouch!)

Learning Thai, Korean, Japanese, Chinese, Hindi, and a host of other languages requires that you accept an entirely different way of thinking: symbol-based, instead of phonetic.  For Russian/Greek and other Slavic languages, you’d have to master the Cyrillic alphabet (30+ characters, depending) as well as how to speak it.

What am I getting at?  A global marketplace economy is finally waking up the American public to the fact that English is not the end-all and be-all.  It’s been stated that there are more English-speaking people in China than there are in America.

Check out this website:  EQHO Communications.  An Asian-based company that does it all in the world of multi-language voiceovers, production, translation, multi-media, linguistic services…you-name-it!   They provide voice talent to their clients along with subtitling, script-writing, casting, direction, post-production,, audio production and much much more.  Click here if you’d like to contact them about being a talent (somehow, though, I think they’re looking beyond English…II could be wrong).

Actually, being conversant in a second language is on my bucket-list.  I don’t care that I’m not in elementary school any more.  Spanish? meh.  I’m gonna go with French.  I figure it’s in my blood.

Here are some sites I found on the internet that offer excellent language-learning services for free.  I think I’ll start there.  Wish me luck…I’ll need it!

(my thanks to Gizmodo for help in finding the above sites)