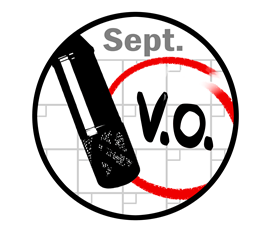 Whereas Voice Over talent live and work in communities everywhere across the globe, supporting their families and their cities and towns with their talents…

Whereas Voice Overs ubiquitously and quietly contribute to many and varied sorts of original productions, benefiting businesses, advertisers, and consumers with their creativity…

Whereas the business of Voice Overs has grown, matured, developed, and achieved an indispensible status in the marketplace…

Whereas the abilities required to be a successful voice talent borrow from and demand proficiency in many endeavors (not the least of which are marketing, promotions, sales, bookkeeping, hardware, software and internet)…

….We Therefore, as the Executive Board of the Society of Accredited Voice Over Artists (SaVoa)  do hereby declare September to be:

EARLY CONTRIBUTORS WHO HELPED FORM THE IDEA, THE CONTENT, AND THE DISTRIBUTION OF N.V.O.A.M.

Most people are familiar with the art of acting, having watched performers on stage in a play, on television or in the movies. Using the physicality of their bodies, their facial expressions and their voices, actors bring to life a multitude of characters from a script.

But the arts are home to another kind of actor who most often resides behind off camera or stage but may actually be experienced by the public much more frequently (often daily) than stage or screen actor. This artist is called a voice actor and his/her business is known as voice over. It is this industry that September’s National Voice Over Month celebrates and honors.

While voice actors can also act on the stage and screen and vice versa, many voice actors (also known as voice over talents or voice talents) remain off camera, using their only their significant vocal skills to bring a writer’s script to life – much in the same way radio actors did before the advent of television.

But the mediums that voice over talents work in today is much wider today than it was in the early part of the 20th Century when radio was the dominant media. Today, with the explosion of communication tools brought on by the success of the internet, just a small; sample of the places voice talents’ work can be heard around the world include computers, stadiums and arena, video games, telephone systems, airports, colleges and universities, the internet as well as television and radio.

The specialized work of voice over talents is featured in commercials, video and DVD narrations, e-learning programs, cartoons and other animation, message on hold, political announcements, radio and television station promotional announcements, documentaries…basically anywhere a story needs to be told with more than pictures.

For the thousands of professional male and female voice over talents, the joy of participating in this industry is recognition enough. But with National Voice Over Month allows everyone the chance to understand and appreciate these special artists.

Information on this page free for open distribution in your
VoiceOver marketing or promotional materials.

Most viewers and listeners of popular media will encounter numerous professional voices as they go about their day. Professional voice talents are heard on almost every media platform including radio and television commercials, podcasts, audiobooks, movie and television documentaries, websites, instructional and sales videos, radio stations, and YouTube, just to name a few examples.

Dave Courvoisier, Advisory Board member of the non-profit Society of Accredited Voice Over Artists (SaVoa), says “…the depth and breadth of talent represented by various actors in practically every city in the U-S is astounding.” Courvoisier further states, “Voice Overs is a thriving and creative freelance enterprise being quietly practiced by people who take their craft seriously, and contribute greatly to the advertising and media marketplace .”

Advances in digital technology have transformed much of the Voice Over landscape in recent years…allowing the lion’s share of voice talent to practice their business from their homes or private studios, transmitting a finished audio file to their client instantaneously. That convenience, though, also individuates the voice actors from one another.

National Voice Over Month is September and this coincides often with Faffcon. There are lots of other great Voice Over Events too.

OneVoice Finds the Antidote for COVID

Some of the biggest annual conferences in all sorts of industries have had to drop their events. SWSX, NAB, Olympics, Burning Man, and countless others were caught by the calendar, and a disbelief that COVID was as bad as it was, or would get the reception it did. The...

World-Voices Organization's 6th-annual conference in Las Vegas wrapped up at 6pm Sunday night. Most all of the 115 attendees, presenters, sponsors, and speakers were walking two feet off the ground when they walked out the door. That's the kind of energy these...

Thursday and Friday…the last chance to get the lowest price on the best VO conference yet this year.

VO Atlanta is Over: Now Do These 5 Things

Your head is spilling over with names, knowledge, and networking. Do these things to hold on to the magic.