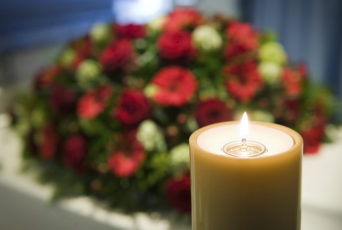 …just send donations to the next-gen technology company that will inherit ISDN’s faithful.

Yesterday well-known production house ProComm Voice Talent delivered a message to its member talent that it was transitioning away from reliance on ISDN (by the end of March, next year).

The full text of the letter was shared with me by a WoVO Board member, and is re-printed below.

To my knowledge, this is the first such stance by a well-destblished, reputable, and long-time voice-over production facility…and  – NO  – it’s not the final nail in the coffin for ISDN by any means.  But along with other indications, it’s a sign of respect for new technologies that are gaining growing acceptance.  The legacy of ISDN’s paired copper wires will eventually recede to the same cobwebbed storage room as 3/4″ videotape and typewriters.

Signposts along the road to ISDN obsolescence include the major Telcos announcing that they are reducing or eliminating installs, reducing the number of switched lines dedicated to ISDN, and making the price prohibitive for users in states other than New England and California.

What’s interesting about ProComm’s announcement is that their top alternative to ISDN is yet another expensive stand-alone hardware solution (albeit IP-dependent), and (only as one alternative)  Source Connect Standard or Pro.  ProComm’s audio engineers are not in favor of the Chrome-based opus codec that is the engine behind ipDTL or Skype.

The two hardware solutions they mention — the Comrex Bric, and Telos Z/IP — have a price point close to an ISDN codec. Whereas Source Connect is easily half the cost (or more), but has some performance issues in their eyes.

Maybe they will eventually embrace Randy Morrison’s ConnectionOpen solution…which has zero latency, does not rely on Opus, and does not need Chrome.  Randy is a WoVO Industry Partner, and ConnectionOpen is available to WoVO members at a discount.  There’ve been some start-up delays with CO, but this technology is enjoying successful beta-testing, and is close to public launch.

Certainly other solutions will step up their game in light of the slow death of ISDN.  I’d like to hear a reply from ipDTL’s Kevin Leach on this development…as most of the voice-actors I’ve talked to have had a seamless experience with ipDTL.

Regardless, I applaud ProComm’s bold move, and believe they will be only the first of many to take this direction.