THIS is why studios don’t want to relinquish their ISDN 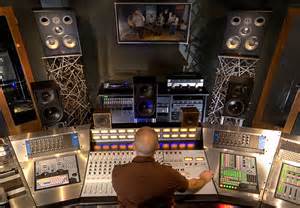 As voice talent, we see a simplistic view of the distance remote-recording transaction.  The producer or audio engineer contacts us, we talk into the mic, they record it…we dust off our hands, and are done.

That’s why the ISDN alternative technologies look so good to us.  Cheaper, software rather than hardware configurations, and just as clean.

They all – in some form or another — tout the ease of use and reduced cost for the voice-talent customer.  But the OTHER side of that recording transaction — the audio engineer — sees it differently.  While they also like the reduced expense, and ease-of-IP-use, there is a distinct, and sometimes almost insurmountable issue that throws a monkey-wrench into their willingness to switch from ISDN.

Below, the explanation from my secret production studio owner/operator friend I’ve featured before.  Here’s what J”J” says to explain the monkey-wrench:

In answer to the question of so many talent as to why studios tend to stick with ISDN over ipDTL or Source Connect Now:

Quite often when a studio does a remote session there are many factors that the talent is not aware of that are greatly complicated by ipDTL or Source Connect Now.  Since those two products use the Opus codec within Chrome the selection of inputs and outputs is limited to the Chrome defaults.

In a studio session there is the engineer, the client, a remote client via phone patch and often there is more than one talent.  With ISDN we get to choose what signals arrive where in our systems and we route them appropriately: talent get a headphone feed, playback and client plus talkback and phone patch get sent everywhere but nothing gets sent back to itself.

Setting up such a scenario, especially when recording multiple remote talent at the same time, can be rather complicated.  Internet codecs can’t easily be routed where we would like them to go and working around feedback issues is problematic.

ISDN doesn’t create such issues and makes our lives easier.  Until a solution arrives that allows studios to route the signals where they need them including directly into the DAW I don’t believe you’ll see widespread adoptation of the internet codecs.

JJ points to a headache that in a busy workflow day, just doesn’t lend itself well to solving each time it comes up!  No wonder they knee-jerk to a tried ‘n’ true solution – ISDN.

There’s really no way for us — as voice talent — to solve this, other than to pressure the vendors (see bullet list above), to work with the audio booths to find solutions.

No one said this switch to a new realm of technology was gonna be easy!