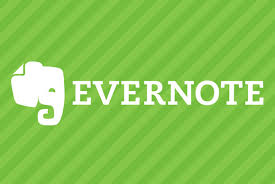 Don’t think  you can pass by this blog today ’cause you already use Evernote.  I was among  the first 275,000 users to subscribe to Evernote (2008), and I gotta tellya… these folks DO. NOT. STOP.  They have so many things in new to the market or in development.  Look away for a week, and you fall behind the curve.

They did some math, and Evernote found out they now have over 100-million subscribers, and the largest block of users is not North America, it’s the Pacific rim nations.

Evernote’s success is due in large part to their attitude of collaboration.  The company will seemingly partner with any and every service that can mutually benefit both…and since Evernote is now such a powerhouse, there are plenty of companies that want to get on the Evernote bandwagon of partnership.

What is Evernote?  I like to think of it as my brain online.  It’s more than just cloud computing storage.  It’s organized,  deliberate, facilitated information saving and sharing made easy.  It’s available for every operating system known to humankind.  It communicates seamlessly across all those platforms, and has so many 3rd-party apps and integrations…it’ll make your head spin.  Here’s a short list:

The Evernote Blog is your key to keeping up with the Evernote juggernaut.   Here is the latest Evernote Newsletter.

You can do a lot with the Evernote free account.  I have the middle-tier account, which is $5/mo, or $45/yr.
Pricing.  App Center.  Introduction to Evernote.

Look, I could go on and on about Evernote.  It’s a handy tool for anyone who uses a computer and is online.  It’s the ORIGINAL Swiss Army Knife for digital.  But I promised you some tips for how to use Evernote in your VO business, and the following is Part I of that list:

1) Read this Evernote Blog article:  5 Tips and Tools to Manage Your Freelance Career With Evernote.

2) Install and use the Evernote Plugin or Add-on or Extension in your browser.  It lets you clip almost anything that appears on your browser screen INTO Evernote.

3) Set up Categories You’ll quickly fill up your Evernote with “stuff”, so best to start out with categories that make sense to you, so you can find stuff easier.  The Evernote Web Clipper (see #2) can send to whichever category you want.

4) Take advantage of built-in OCR functionality  OCR = Optical Character Recognition.  That means any picture you save to Evernote (including shots of documents with words) will show up in search results for the word you’re seeking.

5) Save soundfiles by attaching them to any new or existing Evernote note.  Just drag and drop them onto the note.

Honorable mention.  Put the Evernote app on your tablet and smartphone.  They’re free, and integrate with all the info you store into the service anywhere.

Tomorrow, I’ll get more specific how you can use Evernote to streamline your VO business.