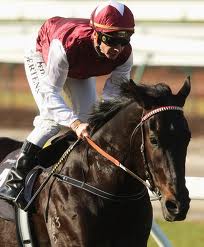 The last time I heard about VoiceJockeys (an online site matching voice seekers with voice talent) was in early 2010.

Back then, site made a splash in the world of voice-acting, and it wasn’t necessarily a good one.

If you’d like to refresh, here is a list of the blogs I wrote on the subject…one-after-another:

Must Read Article on Compensation

At the time, everyone’s favorite Voice Actor/Attorney — Robert Sciglimpaglia — was negotiating with VoiceJockeys to achieve a more realistic compensation arrangement.  I’m not exactly sure where those talks ended up, but Robert seemed to indicate to me later that he felt he’d made some progress.

Since that time, nothing much has come across my radar with VoiceJockeys.  My radar screen is not as good as NORAD’s… but it casts a fairly wide net.

But then, last week, I heard from a VP/Production Manager at an East-Coast firm that specializes in marketing, R & D, Public Relations, Radio & TV, programming, videos, telemarketing, commercials, interactive websites, Online infomercials, and more.  Much more.  Legit folks.  I won’t name names, but I have their permission to excerpt some of their comments here in this blog.

‘Seems this Production Manager did a little research on VoiceJockeys after utilizing their services.  He found links to my above blogs, and was…well…er…candid with me…about  his experience with VoiceJockeys.  Actually he was “outraged and disappointed”.

Maybe his case will serve as an eye-opener for those of us in the business of voice-overs, and put us all on alert a little.  I have not sought reaction from VoiceJockeys, but will be happy to offer a rebuttal if they reach out to me.

The producer’s comments:  “…Not only have they raised their rates, now they charge by the word instead of by the second.  I gave them a script that was timed for 30 sec, they said it had too many words and that they would have to charge me for a 1 min spot. So I took out enough words to fit into their standard.  Guess what?  the audio they cut came back at 22 sec.  When I told them this they had the guy read it slower – it came out to 24 sec.

After that, they said he tried but it would read too slow so they would have to charge me for a 1 min.  So I told them I was very disappointed in this, my time has been wasted on a trivial matter (to me anyway), they lost a customer because of it, and either give me my audio cut at the original script or refund my money.

VoiceJockey.com is by far the worst company I have ever dealt with in my 20 yrs. of production.  This definitely shows the stupidity and, most of all, greed that is rotting this country…”

Is this just a bunch of sour grapes?…a spat between disagreeing sides of a job?…a deal gone bad?.  Or is their experience a true indication of how crummy the market is getting?

Anybody else had a similar experience?…not necessarily with VoiceJockeys, but other online voice clearinghouses engaging in similar alleged actions?

I welcome any and all comments and reaction to this real-world lament.  Perhaps VoiceJockeys will notice and offer me a response.  I will be happy to post it.

In the meantime, I felt it was worthwhile to share with my readers, and I hope you have been spared a similar experience.