The Slow Death of ISDN 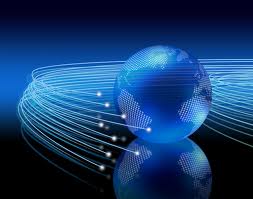 It’s a pain in the butt to provision, switch, maintain, uphold, and they’re not even sure why they do it.

The result is ever-increasing installation and monthly fees, especially in the fly-over states.

The evidence is everywhere and ever-increasing.

Two threads on VO Facebook groups this week were testament.

In one, Melanie Haynes stated:  “…”Having my battle with them again…..Thought we’d settled it last year when I signed a 2 year contract with a lowered rate. Guess what? It will be only 1 year in Feb and my latest bill jumped the rate by $25..”

Others chimed in to say they’re paying more than $300/mo for their ISDN service.

Voice actor AJ McKay noted with frustration:  “I’ve had mine for a little over a year. It went from 165 to 194 and now is $235. It really is ridiculous because they don’t train people anymore to service ISDN (according to the guy who just came to my house last month). I knew more jargon and about ISDN than he did.”

Still more voice-actors say they can’t even get an ISDN install in their town/city.  It’s not even available.

Much of this conversation was sparked by a blog my friend Bobbin Beam wrote on ISDN.  Bobbin just moved from San Diego, back to the Midwest, and is having a nightmare of a time getting her ISDN established again.  $50/mo in San Diego, now $214/mo in Milwaukee for a business account…personal accounts no longer available.  See:  The Unlevel Playing Field.

About this time, seasoned pros in NYC and LA will chime in and say “ISDN is never going away…the studios like it too much…you all are overreacting…too many people have preached its demise for too long, and it’s still here…” and more like that.  All of which bears some truth.

But the mounting evidence can no longer be ignored.  The owner of studio here in Las Vegas was lamenting how it’s getting harder and harder to find a decent long distance service for his ISDN connection.  If the studios are getting squeezed out of the market…there’s little hope ISDN will last.

It may be a couple of years, but now is the time to start looking.  There are several candidates:
(in order of likelihood)

From Source-Elements, Source-Connect already has pretty good name recognition and acceptance among studios and talent.  For some reason, it has never really taken-off…but with the slow demise of ISDN…maybe it can come forward and shine.  Configuration and set-up problems are well-known, though, and there remains occasional drop-out in the signal.

Dan Caligor’s team is hot on the trail of a very sweet IP solution to remote recording.  It’s a service more than software, and now with it’s Windows Beta release and other big developments, Soundstreak has a real chance.  Read my recent blog about SS.

Yeah.  Skype.  After bouncing around under different corporations (Ebay?) Skype now falls under Microsoft’s umbrella.  Some lament this fact. I rejoice in it.  I think MS will make some hay out of this product.  Many a Podcast and Phone Patch are successfully completed using Skype… can top quality studio sound over this IP service be very far?

This $400 iOS app delivers the connectivity goods…but then you’re at the mercy of the inferior audio electronics of an iPad or iPhone.  It’s not terrible, but good enough for network promos?  I doubt it.

HONORABLE MENTION:  ConnectionOpen  This is a simple, easy-to-use interface designed for recording remote collaborative music sessions, but there’s  no reason why it wouldn’t work for VO sessions.  See my blog of Mar 2012 on this.