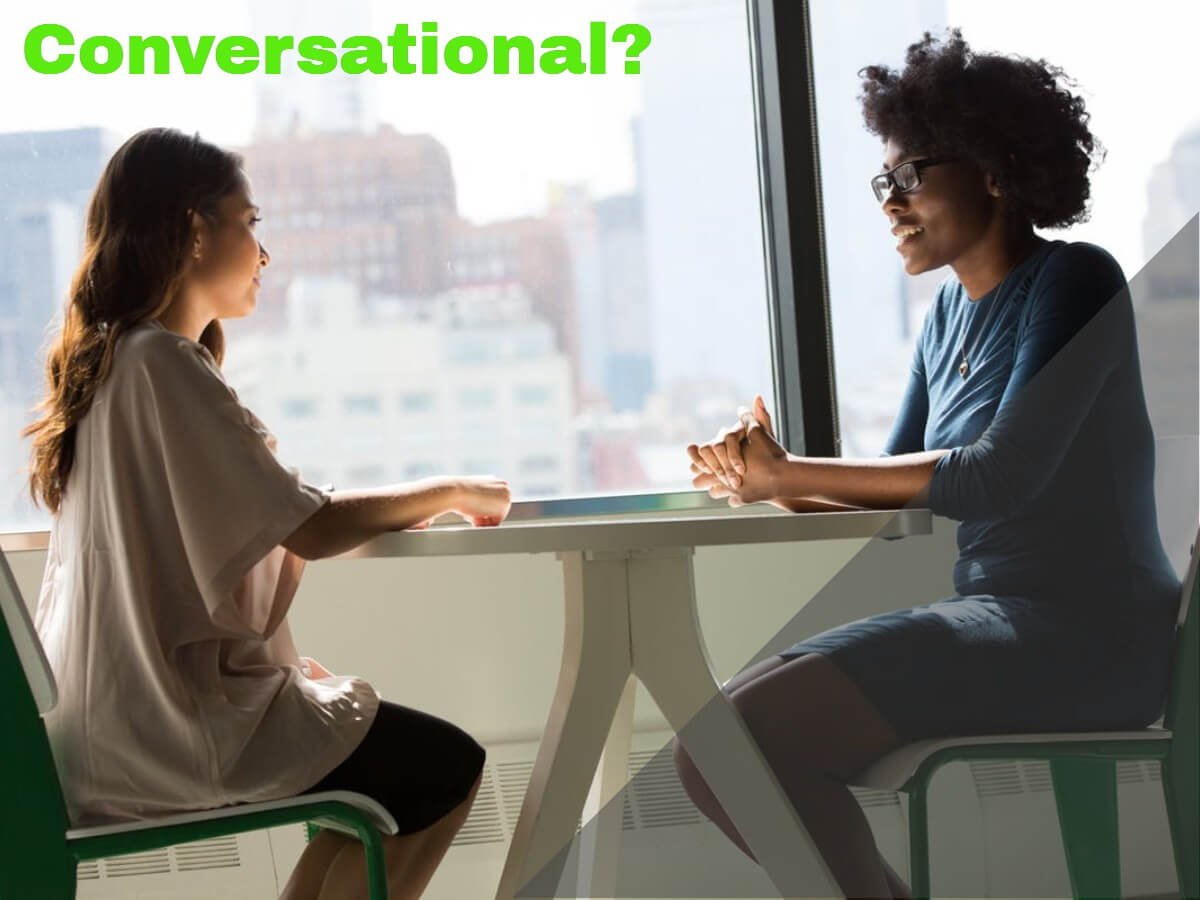 You Can’t Handle the Truth!

“Conversational” is the most lame, hackneyed, and meaningless script direction you can give.  Admit it, clients typically have no idea what conversational means.  Asked to define it, they would end up writing directions longer than the script itself (and you often do).  Most just wanna get the assignment out there with their favorite agent or casting director or online casting site, and let THEM decide.  Actually, that would be the most transparent, honest, and believable direction you COULD give.

Give Me Your Best Interpretation

How ’bout that? You might actually trust a voice actor to do his/her thing, like you do your thing?  Most of us answer multiple audition requests all day, every day.  We’ve had coaching out the ying-yang.  We practice, we’re trained actors, we work hard, we’ve seen most all the literary devices writers have tried, and we’re still here.  Let us give you OUR best read on the copy.  We realize it comes with the risk that it may miss the mark.  We can live with that.  Can you?  You might be surprised.

The Voices in Your Head

Let’s face it you (end client) are the decision-maker, the purse-string holder, the one who makes the final talent determination, the person riding herd on the project.  You could be the producer, the creative director, an advertising firm executive, or the owner of the company.  Either way, the chance are, you and your creative team or writers had a concept in mind, and that means you had a voice in mind.

What’s Helpful To the Voice Talent

(and ultimately improves the speed of completion of the project)

1) In the audition request, include a sample of that voice in your head from YouTube.  It can be a character from a show, another commercial, or literally anything you can put your finger on in video or audio with a URL.

2) Explain the pacing, intonation, intention, and character of the voice you want, but don’t wander.  The directions should not be longer than the script.  Re-read it before you send it, and ask yourself, “Does this really make any sense”.

3) Mention the name of a well-known talent if you want, just know that inevitably in the mind of the person getting that audition request, they’re thinking: “…if they want Tim Allen, then why don’t they go out and GET Tim Allen?  I’m me, and I don’t do impressions.”

4) Be open-minded to a second take with the talent’s own interpretation when you get back the audition.  Sometimes THAT voice is the voice in your head you were looking for!

5)  Don’t insult talent by saying you’re looking for a “conversational” read.  That means nothing, or  it could mean a hundred things..  People would not normally converse in the thick sales copy you just sent, and all kinds of people “converse” in all sorts of different ways.  “Be  conversational” is anathema.

ONE FINAL NOTE  Proof positive that the “conversational” direction in audition copy is wrong:  Voice talent have near 100% agreement that the final media spot that airs (the one that you said you wanted in conversational style) very often ends up being “announcery”…which you usually say you do NOT want.  Agh!

None of this is offered in a mean-spirited way.  Voice-actors are professionals who take their work seriously, and no more want to be condescended to than you do.  Be direct, be clear, and be concise in your directions, just don’t be “conversational”.

BTW, I’ve written on this topic many times.  Here are a few examples:

Conversational is the New “Announcery”