Why I Sold My ISDN Codec 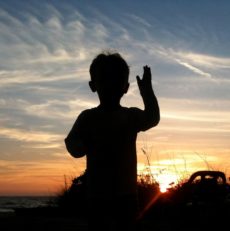 It hurt.  But I did it.  Part of the reason was because I wasn’t getting enough use out of it to justify the cost.  But the rest of the reason has to do with my saving face.  After all, I ballyhoo’d the death of ISDN on the pages of this blog for years.  It was time to put up or shut up.  Digital alternatives — I claimed — were taking over.

So, the Telos X-Stream is now in the hands of someone who needs it, and will use it, and God bless ’em.  In it’s place I have ipDTL, Source-Connect, Source-Connect NOW, ConnectionOpen, and even Skype.  Some of which offer higher rates of recording fidelity than ISDN.

Time will tell if all of this is a wise choice.  One indicator that I might be on the right track came from the demi-God of ISDN — Dave Immer – who had this to say in his email yesterday:

Recently a memo crossed my desk from Sprint stating their intention to discontinue their “Wireline Legacy Voice Long Distance Service”. They go on to say that it includes Switched Data Services which would include ISDN long distance.
For Sprint customers the cut-off date is June 30, 2017 so there is ample time to arrange for an alternate carrier. I recommend AT&T Long Distance which has the PIC code 0288.
To make the change call the business office number listed on your bill and speak to the accounts department. Tell them you want to change the default long distance carrier on both (all) your ISDN numbers. Both regional and interstate. Then call AT&T at 800-222-7956 and give them your ISDN numbers so they can add you to their routing tables. Ask for a discount calling plan.
The AT&T per-minute charges will be a bit higher than Sprint.

At almost the same time, Telos issued an email touting its new “VX” service for VoIP Broadcast phones.  See?  Even the ISDN giants see the writing on the wall.  See Telos’ announcement here.

As if to put icing on the cake, I also saw this humble post on FaceBook later in the day: