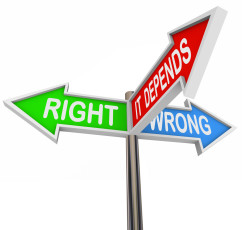 Cicacrelli and Spicer know each other, live in the same city, and there are close ties between Edge and Voices.

Much of the interview was edifying and cordial.  Except when it wasn’t.

In the aftermath, social media was abuzz with a verdict, and…well…let’s just say…if it was a courtroom battle, it’s likely the jury would not be favorably disposed to the defense.

But that’s social media, and many of those VO forums are already convicting of the Voices.com style of business.

It really behooves each voice actor to view the interview video on their own, judge for themselves, and be educated.

….only….NO VIDEO!  No record of the interview for the masses to see.

Despite reassurances that Edge Studio would post the recording of that interview on their YouTube channel by Tuesday evening…by the writing of THIS blog well past midnight, it was still not available.  I post videos for the Rates Roundtable and other WoVO activities all the time.  It doesn’t take that long.

Knowing the efficiency and diligence of the Edge Studio staff, I’m only left to wonder why Voices.com would not want that interview to go public.

Well, no mind about THAT…’cause you’ll have another chance to see Voices.com’s Ciccarelli answer questions…this time by the affable Bill DeWees today (Wednesday 11-4-15).  Mr. Ciccarelli reportedly approached DeWees about arranging this interview, so I can hardly think it will be canceled and break the trust these two have with each other.

Below is the registration link.  This event is supposedly a Q&A session that takes callers’ comments, and with no pre-arrangements,  poses them to David Ciccarelli.  Like Edge, DeWees is promising to eventually post a recording of the interview on YouTube.

The event happens at 11am Central, Noon EST, 9am Pacific.

Watch this blog later this week, though, for a revealing interview with a former Voices.com employee.