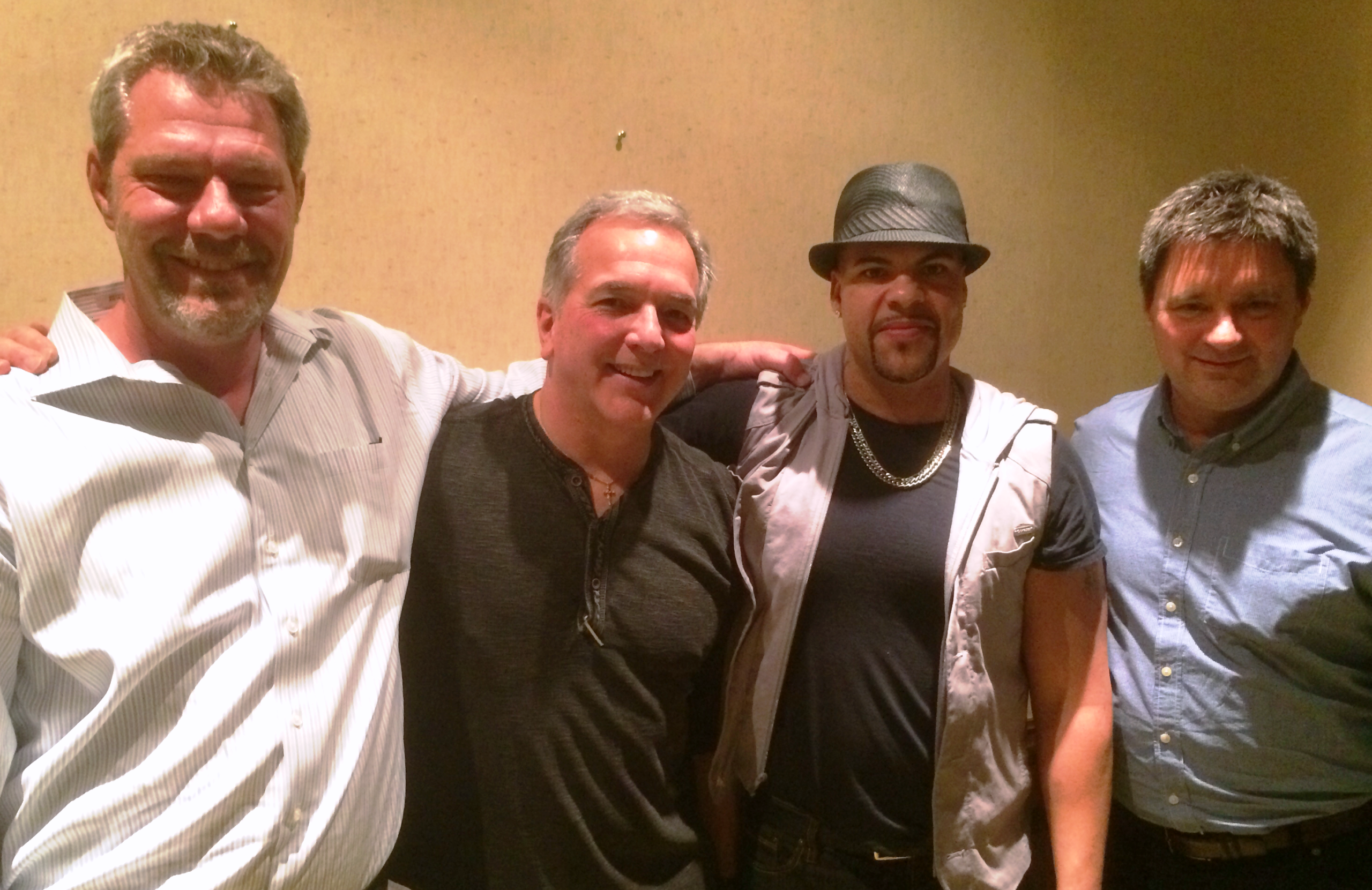 This could spoil me…another Vegas weekend, another VO workshop!

2014 seems to be the year for ’em. Before the Spring is over, I will have attended four here in my home town.

In a sense, local is good…because you can overdo the conference / meet-up / MasterMind / webinar / Stand-Up / Google hang-out shuffle.  I’ve verged on it a few times in my career so far.  Not that continuing education isn’t a good thing.  It is.   And I also totally understand the desire for voice-actors to find camaraderie and community in the real physical world when the virtual universe grows tiresome.  But the travel and the meet-up scene can get tedious if you do it too often.

And… there comes a point when you need to MOVE on all that you learn…to ACT, and not hold back or be reticent in your approach, ’cause you still think you haven’t truly arrived in the ranks of the pros.  Go for it.   All the while, you’ll still be learning, and you’ll still make some mistakes, but that should never prevent you from getting into the work world and start making your own mark.

This weekend was a “VO Revolution” workshop organized by Bill DeWees, and one of his business mentors:  Fred Gleeck ( a Vegas resident).  Bill is one of the nicest guys I know; a hard-working, successful voice actor, and a smart businessman.  More than 100+ of his YouTube videos on the theme of approaching your business with a certain 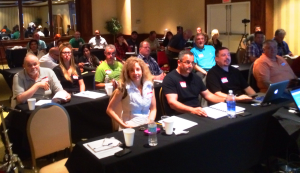 common-sense, pragmatic, savvy more than proves DeWees as someone with the “right stuff”.  Just search “DeWees” on YouTube, and start soaking-in the knowledge.  That’s another reason why I like DeWees…he believes in paying it forward.

Bill had invited me to speak on Social Media.   That’s a topic I’m certainly comfortable with, and I hope it helped to open up some possibilities for those who attended.  I’d characterize the group as pretty heavy on the side of relative newcomers to the business.

DeWees admits he is a hard sell on the issue of Social Media, and yet his work proves otherwise.  Bill has chosen his channel… and it’s YouTube.  You won’t find him on FaceBook or Twitter much.  But he does YouTube SO WELL, that it almost doesn’t matter.  I’m not satisfied with one platform, and try to be good at ALL the major top-5 networks (FB, Twitter, G+, YouTube, and LinkedIn)…but can’t claim the dedication and mastery to any ONE like Bill can. 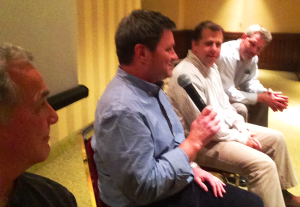 The day’s sessions ended with me joining Bill and the other presenters in a panel for general questions.  We talked some about rates, gender differences, passion, P2P’s, and many other concerns you run across in this blog and other forums.

My presentation covered what I called a Social Media Primer for Voice Actors.  I’ll be happy to send you a copy if you email me at [email protected]  Most of what you’ll find in it is gleaned from the pages of this blog, but it’s a nice summary.

Among the main points I like to hammer home about using Social media is what I call the 3-Be’s.

Honorable mention to the 3-Be’s is be unambiguous.  Most social media interaction is written, and the written word doesn’t suffer sarcasm, quirky humor, or anger very well.  Keep it straightforward.

In the days and weeks ahead, you’ll see me landing more often on the social media topics, and how voice actors can take advantage of the social media platforms.  I know you think I do that already, but I plan to move into that space even more aggressively, and my hope is that you will be the beneficiary.