Capturing iPad Video on your Computer 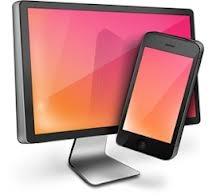 …in the spirit of a recent rash of posts about a voice-actor’s use of video, I humbly re-submit this blog which I wrote more than a year ago, and which is still every bit relevant.

Screen capture programs are becoming more and more handy.  I’m referring to programs that can capture everything happening on your screen…video, sound, with highlights, graphics, arrows, circles, zooming…not just the capture of a still pic.

All those tutorials you see on YouTube for software programs are done using Camtasia or some other similar screen-capture program (and usually a poor quality voice-over by the dude in engineering).

But despite my requests and others, TechSmith (Camtasia’s parent company), never seemed interested in developing a similar app for capturing the activities on an iPad screen.  There was a lot of talk for a while, but no action.

Now, there’s something available that settles the issue.

REFLECTOR is an inexpensive and simple-to-install program for Mac or Windows machine that mirrors everything from your iPad screen to your computer screen.  So whatever you manipulate on your iPad (or iPhone) will appear there on your laptop.  It requires an iPad2 or newer, which has the AirPlay mirror program already built-in to the iOS.

You install and run the reflector app in the background, then access AirPlay on your iOS device.  There’s  nothing to install on your iPhone or iPad.  The AirPlay function lets you choose which device you want to “reflect” on your computer, and there it is!

At that point, you still need to use Camtasia or some other less expensive screen capture program on your laptop to make a video of what you’re doing on the iPad (mirrored on your laptop).  (I hope that wasn’t confusing.)

I’m embedding a video below to show you how really well this works…very easy to set-up, free from Reflector, and comes with good tutorials, and help FAQ’s.