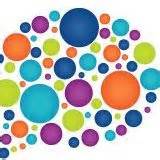 See?  This is the problem with modern journalism.  It has no defenses.  It’s under attack from the NSA, the White House, Bloggers, its own excesses, and PR machines.

There never was, and probably never will be a certification for journalism.  We’re all so much better than nurses, teachers, accountants and lawyers…we don’t want to stoop to anything that limits our profession I guess.

This is the TV guy in me speaking.  30+ years of broadcast journalism, and I’ve never taken a journalism class in my life.  That should never happen!

Anyway…because I know and see what’s going on in (so-called) journalism today, I’m appalled.  TV news anyway is… well I’d better watch what I say.  Nothing is a secret that’s published on the internet these days, and I just want to go down as saying I think I work for one of the few solid investigative broadcast journalism outlets in the country, and I can show you a bunch of Duponts, Emmy’s, and a few Edward R. Murrow awards to boot.

But the day-to-day efficacy of broadcast news struggles against viewer erosion, sensationalism, over-simplification of complicated stories, and lack of balance.

Here’s an excellent example.  The DIGITAL JOURNAL — you would think by it’s name — would have some semblance of journalistic integrity.  But the article: Multi-Billion Dollar, Relatively Unknown Hollywood Industry Is Moving Away from Studios and Into Suburbia. Voice Over Actors Making Big Bucks Online.  The article is just a regurgitation of a Press (press?….really?  Shouldn’t that be NEWS Release?) Release from Voice Realm.  And I DO take issue with the “Big Bucks” reference as it relates to Voice Realm.  They’re a pretty good service…but I don’t get “big bucks” jobs there… at least not many that I see.

BUT… don’t call yourself a digital journal if you’re just going to re-publish News Releases.  That’s not journalism.

Kudos to Voice Realm for being such an active user of News Release services…  I see their stuff crossing my screen all the time!  They are keeping their name in front of prospects.

For those many nice persons who reacted to my Friday blog about my daughter’s last senior soccer game, I have only to post this picture of the pre-game ceremony to show you my pride.  We came, we watched, we supported, we had a wonderful time in the DFW area… in fact, you may want to come back again tomorrow, and I’ll tell you about  my conversation with the amazing Cliff Zellman! 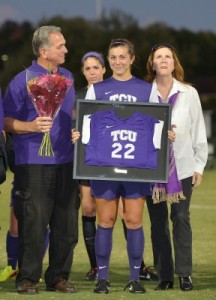