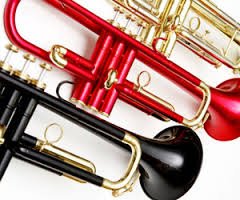 …’cause — sometimes — if you don’t toot your OWN horn, who will?

Forgive me for being overly “informational” lately about SoundStreak.  I kinda broke a journalistic tradition by getting a little too close to my subject, I suppose.  But my own interest in technology, combined with an enthusiasm for what I realized was a great product, eventually merged with my admiration for the people who built SoundStreak.  I could see they were the real deal.  ‘Careful developers who understood the market, and diligent workers who listened to feedback, and continually worked to improve the product.  A process that never seems to end for them.

Beyond crossing that journalistic line, and writing continually about SoundStreak, I also stepped even deeper into cozy waters when I agreed to voice their tutorial videos.  Here’s my thought:  how many studios, producers, audio experts, and others who hire voice actors, are going to watch those videos?  Hopefully: many.

Maybe they’ll get as far as the SoundStreak tutorials, and say, “Hey, THAT voice is perfect for the project I have in mind!”.  (Well, a guy can dream, right?).

I recorded the tutorial copy USING the SoundStreak program…working as talent with Yoni Slotwiner, SoundStreak’s VP of customer service acting as the producer on the other end.  He also edited the finished video product, one of which I’ve included below.  Nice job Yoni!  I must say, that recording session cemented my conclusion that SoundStreak is a great product.

Listen to the tutorial on running a SoundStreak session from the production side (the 5th of 6 tutorials) below.

Here’s the link on the SoundStreak site for ALL the training videos:  https://www.soundstreak.com/training