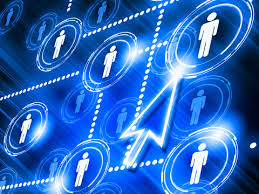 What you’re about to read is every voice-actor’s dream.

I’m absolutely positively convinced my dream is virtually possible — the technology exists —  I’m jut not smart enough to design it, nor rich enough to fund it.

It would be a ‘bot, or a cookie, a marker, or a digital “tag”…so for the purposes of this dream, I’ll call it a “tracer”. (throughout this fantasy, you’ll see how there are already analogies or real-world examples currently being used — I’ll put those comparisons in dark blue letters)

The tracer would be coded software commercially available to everybody for free, or a small fee…kinda like installing a flash player or the java functionality.  It would be ubiquitous and so common that we’d wonder what life was like without it.  In that sense it would resemble the internet.

Any voice talent would add this digital tracer to their audition.  The tracer would be written into the code of the audiofile so that it’s inseparable from it (sort of like a watermark in that sense).  So, you send the audio file with the tracer to your agent or the client or the P2P, and along the way it “reports back” to the originator… that’s you, the talent; the person who attached the tracer.  This is no different that the detailed report you get back from the internet about an email that was undeliverable.

All this would be seamless, unobtrusive (unseen and uncomplicating) to each person who handles it along the way.  By “handling”, I mean any person or computer that receives it, stores it, plays it, deletes it, copies it, forwards it, or otherwise manipulates it.  In that sense, it’s much like tracking a Fed-Ex package across the miles.

The tracer continually returns messages to you in a report interpreted by a simple software reader read on your computer, laptop, smartphone or tablet.  The report would tell you where the file got routed, how it was handled, when it was played, dates, times, IP addresses, even names if possible (see “troubles” below).  ‘Not all that different than the sort of functionality you get when you subscribe to VoiceZam.

Imagine the uses!  Not only would it build your database of prospects, but it would give you at least a guess as to how far your audition made it to the final cut.

Let’s face it..  ANY feedback on the creative bit of digital sound we send out many times a day in our auditions would be a QUANTUM LEAP improvement in the absolute dearth of info we receive once the audition is sent.

No wonder the voice-actor’s mantra has been:  “Just send it and forget it”.  Of course it is!

We have no control over the fruits of our labors.  We can’t even claim we own it.  We’re just expected to gladly give it up to the universe, and blithely go on our way to the next audition we’ll never see.

Such tracking concepts are disappointingly mundane…even cliché.  It’s already being done! That’s why it’s so easy to find real-world examples.  If advertisers, content providers, and Wal-Mart can do it…why can’t we?…we provide content!

Cookies have been used by marketers through your browser device to determine where you travel on the internet, and what your patterns are.  Ads are being customized for your internet travels according to those patterns, suggestions are being made for your searches, and even relationships are being designed for you using digital designs much like I’ve described above in my “digital dream for VO’s”.  There’s even software that can track your eye movements on the website, and create a report for the person who owns or designs the site.

This VO dream quickly becomes a cultural, workplace, and even an ethical conundrum.

Designing such a tracer would immediately lead to counter-measures by clients, producers, agents and engineers.  Enterprising software authors would create and sell the antidote to digital tagging.  Then the counter-counter measure would be devised, and much could get lost in the battle.

Let’s step back even further in the argument, and ask if uppity voice talent even have the RIGHT to demand such functionality over their creative endeavours!  Why, that would infringe on the rights of those seeking voices for their projects, and maybe prompt the current paradigm to collapse entirely!  Anti-tracer legislation would reach a polarized House of Representatives, and result in a case coming before the Supreme Court.

It just might…for the first time… give us all a bit of a bargaining chip to negotiate with voice-seekers.  A chip that ends up improving the whole feedback system, and the quality of the work AND the pay-scales.

OK, any braniac software coder wanna tackle this?  How ’bout it Warren Buffet?…got a couple of extra dollars in the kitty to offer as venture capital?

Am I conjuring up a dream?  Did you read the first line of this blog?