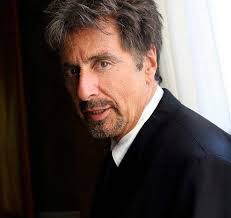 Al Pacino is about as big as it gets in tinsel-town.

He’s never done a voice-over role before…and now he continues in that deficit… although it was close.

Pacino was all set to be the voice of the villain Eduardo in the animated film Despicable Me 2… but pulled out two month’s before the film’s release!  Benjamin Bratt will now take his place in the flic.  Pacino cited “creative differences”.

Read about it on International Design Times (of all places), also the following sterling publications:

This is what you can do when you get so big, you can really throw your weight around, I guess.

Where was the casting call when Pacino quit?  Well, I guess they had to scramble for a “name” who was available…like…yesterday.  But… Benjamin Bratt???!!!