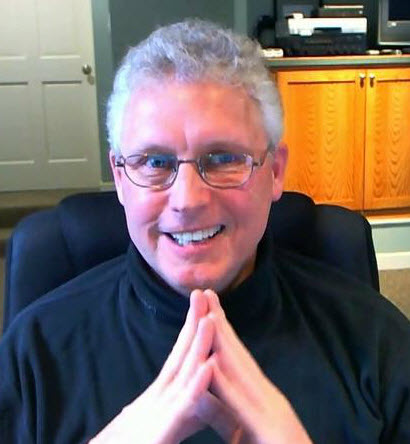 Woe is me for missing FaffCon5!  I’ve regretted my misfortune ever since, but have been working to make up for the loss.  First of all, I got myself into a stand-up group, and of late, I’ve been familiarizing myself with VoiceZam.

The founding force behind this innovative tool for voice actors — Bob Merkel — became a Faffer in Charlotte last October, and introduced VoiceZam to many people there.  He also spoke very highly of all the friends he made at the unconference.  He’s an extremely affable, ex-advertising guy who is happily married, and living just outside of Milwaukee.

But VoiceZam predates FaffCon.  Bob’s been developing the idea back into the early years of the new century.  Then, when the technology made it possible, he refined the software, and marketed the concept to a VO audience finally maturing in its acceptance of his core argument:  that the linear way VO demos are designed and heard is antiquated!

VoiceZam answers that deficiency.  And more.  Merkel takes a lot of pride in the product.  When you need troubleshooting help, it’s Bob on the phone or answering emails.  And he’s branched off the original landmark idea to offer a handsome presentation, metrics, and sharing power.

You’ll see VoiceZam’s player on the front page of this blog now (in the right-hand sidebar), and I have plans to add more of my demos, and the Zamtistics next.  I’ve also added a VoiceZam link to all my email correspondences in the signature.  Most all voice actors I know who use it, swear by it!

The whole package with Bob Merkel as the designer, administrator, troubleshooter, cheerleader, and apostle for Voicezam — along with it’s revolutionary demo player — makes it so worthy of your consideration.

Below, an interview I did just two days ago with Bob, where he discusses some of the finer points behind his product.  Take a listen, and I bet you’ll be convinced.

VoiceZam from Dave Courvoisier on Vimeo.