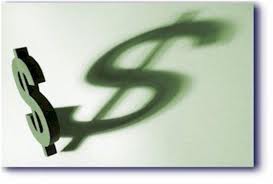 Mention VO rates, and you’re bound to get a vibrant response.  Such was the case with yesterday’s blog “Low-Balling Liability?“

Certain topical touchpoints in voice acting seem to hit a nerve, no matter how often they’re mentioned in blogs, forums, or groups.  Rates is one of them.  It’s so popular that BOTH of my LinkedIn groups on this subject see new subscribers every day.  (Setting VoiceOver Rates, and Voice-Over Rates – Private)

I’m not trying to beat a dead horse, but in an ever-changing marketplace, talking about compensation levels never really goes out of fashion or necessity.  SAG-AFTRA is a merged union.  Internet-based auditioning and delivery is more the norm than the exception.  New hopefuls are joining the ranks every day.  Rates SHOULD be discussed often and extensively.

Nearly all the responses were incredulously disgusted with the rates being put forth by ExpressVoices.com.  Things like:

And those were the people who wrote me private email.  Others chose to respond in the comments section of the blog.

One particular response stood out, though.  Here it is:  “…What is the minimum someone new to the field should accept?…”

The answer to that is almost beyond the time and space I have here to construct a response.  I suppose it’s best summed up in the words:  “aim high”.  Yes, I suppose a newbie is a little more unsure, less confident, and more willing to accept an entry-level scale.  Meh.  We’ve all been there.  Just….don’t settle for that in the long run.  With your improvements in talent, technology and training, constantly upgrade your pricing structure to match your achievements.

As I mentioned, talent unions’ best contribution to our business is that they ARE willing to set minimum pay standards.  As far as I’m concerned, these should be minimum starting points in negotiating both union and non-union jobs.

Here are three great resources available to us all that help set the standard (not exhaustive by any means, but handy).