Have you noticed how just about every online site you’ve ever signed-up for is becoming uber-social?  Voice Over people seem to like social, so we fall victim about as much as anybody to the promise of social networking.

Plaxo started out as a place to sync your contact list…now it wants to be…well…everything.

SpringPad was an evernote-style utility when it launched…now it’s gone social too.

SoundCloud was cool when it was just a place to store and play your soundfiles.  It had kind of a social component from the start…but a new version is coming out that makes it a FaceBook wanna-be.

If I were to draw a diagram of all the interconnectedness of all the online social sites…it would look something like this: 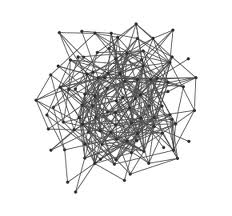 Yeah, kind of a mess.  But  there’s not supposed to be any sense to it.  We live in a time where lots of people are throwing lots of stuff against the wall to see if it sticks, and some of it slid down the wall and got trod underfoot…even with lots of venture capital.  I just got an email like that yesterday from the people at VoyURL.  Down the tubes!

I’m seeing a lot of these sites now start to mimic PINTEREST in it’s wide-open layout of pictures…lots of pictures (see SpringPad if you don’t believe me).

Well, here’s a new offering that makes sense, and shows promise…let’s see if it survives.

ATTACHMENTS.ME is a site that makes a Pinterest-looking page out of all your Gmail attachments.  But it does a whole lot more than that, actually.  Use it with Box.net, DropBox, and Google Drive to organize, send, and access all your attachment files from all your cloud-based services.

Attachments.me works as a Google Chrome extension, and on your iPhone, iPad, and Android device.  It integrates right into your Gmail accounts.

I’m still exploring all it can do.  My thanks to Kat Keesling for finding this gem.  If you can stand listening to the terrible voice-over on this video demo, watch to get their in-house demonstration.