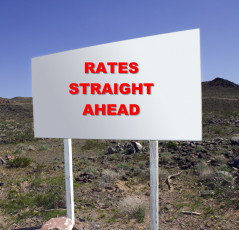 This is Part-3 of a loosely-told story from Dave’s real-world experience in setting rates for a voice job.

Part one is HERE.
Part two is HERE.

You’ll remember, I’d hoped for permission from my anonymous (but quite real) female VO pro to excerpt an extremely well-stated philosophy for setting rates.  She’s now granted that permission.

She sent me the explanation as part of an on-going communication we had over a mutual client.  That client had at one point shared MY rate-sheet with HER as a means of negotiating a fair rate with her after hiring me for a job (he later apologized).

The rub was that HER rate was obviously and significantly higher than MINE; a point she made to me not out of malevolence, but to shake out my own awareness of value.  She was telling me nicely that I was probably not charging enough (a conclusion my own client also later admitted to me).

The compensation policy she’s devised is well-articulated in the comments you’ll find BELOW.  Her arguments are reasoned and powerful.

The whole experience for me has been tangible.  It’s prompted a timely and crucial adjustment in my sense of fair pricing — an issue most voice actors wrestle with endlessly.

Voice coach/actor Bettye Zoller also reacted to my rate-setting blogs with the following comment: “Pricing is the hardest subject to teach others because it’s a very personal experience depending on so many variables. Very complex. You’re brave to put it out there. But no one person can tell another how to price. It’s too dependent on too many circumstances including whether the talent needs the job or won’t work under a certain fee and more.”

Please take the time to read the measured words below, of  who I would say is now my unsuspecting “VO Rate Mentor”.

Personally, I have never had a rate card.  There are just too many different projects, different markets, different budgets, etc. to have something that is “standard”.  Especially these days, when folks from all over the world are contacting you for wide varieties of VO work.

That being said, I do have a typical way that I look at quoting most non-broadcast, narration type work.  Basically, I have a rate that works off of a finished minute gauge.  I’ve determined that I can calculate word count into finished minutes, and then I quote a $50 per finished minute rate, with a $250 minimum.  I find that most folks asking for narration are coming from the corporate world, or even from a production company that is used to this rate level.  And if not, I educate them to that.  Then of course, there is always room for negotiation.  But I don’t like to come right out of the box with a rate that could be lower than what they have budgeted, and leave money on the table, so I try and get them to give me as much info from their perspective first, so that I can gauge what to quote.

Also, there are lots of usage issues that come up these days.  Will it be used in perpetuity, for anyone coming to their website, or will it be a one-time show, used at a trade show?  Will it be for a DVD that will be sent out to millions?  Will it be used only in-house for training purposes?  These are all items that can come into play, and can cause a rate fluctuation.

Consider the Southern California market, where there is a whole different level of money budgeted.  Since the best talent in the world is there, and everything that goes with them (agents, recording studios, production companies, casting and ad agencies, etc.) there is a higher level charged, since the market demands it.  Even the unions have higher rates for spots playing in the LA market, than in other areas of the country. So if a client comes to me from that area, I know to quote a different rate, as opposed to  someone from a small market in Kansas.

Spot work is a whole different game, and of course I will quote less for someone in a small market for a TV or radio than a large market.  Again, I try to ask what their budget is, since you never really know, and I always say that I will try to work within their budget whenever I can, so I leave the door open for them to set the bar, and then I can counter if I feel it necessary.

Then of course, you get into all sorts of elearning, telepony, audio books, etc. which are much longer form narration or may require audio conversion (phone) or individually labeling a whole bunch of different files.  All of this takes more time, and that’s what I base my rates on:  How much time am I spending on this project.   For these, I usually quote based on an hourly rate.  Typically, my standard hourly recording rate for corporate narration, when I’m just delivering a session that is unedited, is $385 for the first hour, and $100 for each additional half hour.  These are rates that were standard, or even low, when I worked a lot through my agents in So Cal.  And that was working in someone else’s studio, so the client was paying for studio time on top of that.  So, when we work from our home studios, you are already saving the client money that he would normally have to spend for a studio.  And I’ve never done an audio book, because the rates for time spent just seem very low to me.  Not enough ROI.

The caveat to all of this is of course, that there are many VO talent out there who are working for and quoting much less.  Some are just new, and are charging what I would term a “beginner” rate, and others are just trying to get any work they can, and being desperate to get any work, will undercut what I would term to be more standard rates.  The Pay to Play sites have only served to increase the margin in rates, and since now anyone looking for voice talent can basically audition folks from all over the country, and get a huge variety of rates offered, they have their choice in picking whatever rate they want.  So, the market understandable becomes diluted, and to get any work, we have to lower our standards in rates to become competitive.

So, yes, this is a complicated issue.

If I’m quoting elearning, where there is a lot more copy, and maybe no editing, I’ve done work for an hourly of $199.  But that’s with the guarantee that there is continuing and ongoing work, so it makes sense to give the client a break.

Also, if someone asks me for a little phone message, and they are contacting me directly, I have kind of a minimum studio record fee of $75.  And, then there are phone messaging clients, that send me outbound messages, that I can rattle off in no time flat, and I charge them anywhere between $40 – $60 per message.  Again, most of these are folks that send me ongoing business, so I try to grease the wheel as best I can, to keep it coming.  Every little bit does help the bottom line, especially in this economy.

But then, these clients even start to want a break.  I know there are sites out there that offer cheap spots, and want to pay the voice talent $10 – $25 a spot!  That is just ridiculous.  And though my dailies used to show a lot more of the $250s per job and up, there are now many more of the little $40 – $60 jobs, that still take time to do, invoice, track, etc.

So how do you value your time?  Also, as talent these days, we spend MUCH more of our time auditioning….for NO pay, or the chance at a possible paycheck, however slight.  Years ago, I hardly ever auditioned, and I worked all the time.  But times change, and we have to go with the flow, to whatever degree feels comfortable and works for us.