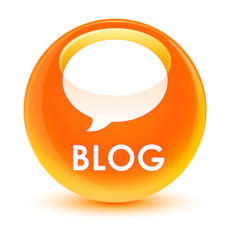 Since I’m preparing an all-new website/blogsite, my developer has been bugging me to cut the fat. All that content is slowing down the site, taking up space, and belies a deep personality flaw:  I’m a pack-rat.

Hey! All those articles are like my children.  I’m proud of them!

But seriously, as I’ve been going a back through…there’s a lot of fluff.  Stuff I’m almost embarrassed about.  Unabashed promotion of certain P2P’s before they went off the rails; almost hourly updates from VOICE2018; a chronicle of the weeks-long installation of my ISDN lines.

Buried among the fluff: a blog marking the passing of Don LaFontaine.

“The Great Blog Purge” – as I’m calling it – also serves to delete a plethora of graphics that leave me legally exposed.  I’ve only recently begun paying attention this HUGE oversight that now carries potential risk as scammers buy up loads of heretofore unclaimed pics, conduct a reverse search, then sue anyone who has posted them without permission.

The purge is like a walk back through VO time, however.  A walk through the community, my growth, lessons learned, times changed, and trends made.

But ultimately ya gotta make room for what’s to come as well.  I’m keeping some of my best musings from the past, and looking forward to the debut of my new site.  I’ll be sure to let you know…as well as a big anniversary coming up later this month, and then my blogging 10th anniversary in October.

As the purge continues, I could get nostalgic, but I’d rather be energized by what is to be, built on the shoulders of what has passed.