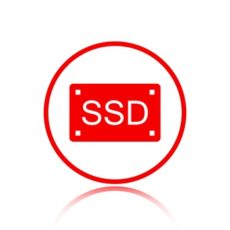 Forget all you thought you knew about time-saving techniques.  Scheduling, to-do lists, goal setting, business plans, better keyboards…WHATEVER!  None of it compares to an SSD.

SSD’s have no moving parts.  They’re storage devices that use integrated circuits as memory.  Think of them as grandiose RAM chips on steroids.

You will save SO MUCH TIME after switching to an SSD drive it’s not even funny.  Once I tried it, I swapped out almost all my drives as I could afford them.  That’s right, the SSD is more expensive. But getting cheaper all the time.  For my Acer laptop, a 250Gig SSD cost me $95.  500Gigs would have cost me $185.  That’s not expensive, really.

I can think of no other purchase that offers an immediate savings on time, headaches, patience, and frustration more than the SSD.

Don’t even doubt me.  If you haven’t already…JUST DO IT.