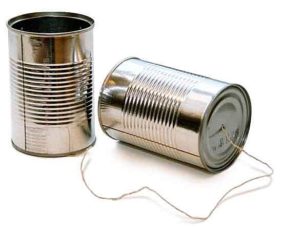 You might be best served by reading my blog of January 24th: Morrison’s Mad Moves (if you haven’t already) before reading “Part Deux” below.

Randy Morrison is at the same time a kid with a new toy, and a guy with a monkey on his back.  ConnectionOpen has lots of horses under the hood, but the road to a full-production release has had a few curves.

After my blog in late January, Morrison wrote to offer some context… to talk about the testing success of having clients in one city, advertising agency in another, studio in another…..then talent in a different part of the world.  He further gushes that collaborating in real time and uncompressed adds the magic of action-reaction between the participants.

He admits that while “…our beta version is a little more involved to set up than double clicking an installer, those that have tried sessions over ConnectionOpen have had amazing results and experiences…”

Morrison goes on to say that he understands “…many people were disappointed that our beginning threshold for investments in ConnectionOpen on IndieGoGo was $500.  We have lowered that to $100 to hopefully accommodate those who wish to participate.”
“For what we are doing and what we have accomplished, our overhead is extremely LOW.  Programming costs currently run around $70K+ per year, hosting $12K (includes tech support), equipment, taxes, legal…about another $7-8K.  Well under $100K per year total for everything.  Neither I, nor any other member of the CO Board or governance make a paycheck….investment money goes directly to the expenses mentioned above.  Total investment received to date is $491K. We DO NOT need $1,000,000 to finish the application….. nowhere near that.”
“About the $1,000,000 ask on the IndieGoGo campaign.  Here’s how that works out. ConnectionOpen is represented as just over 2,000,000 shares presently, with shares currently valued at $10 each based on the valuation of our patents. The CO Board has decided to offer 100,000 of those shares at the same $10 rate. ConnectionOpen has two very valuable patents (US Patent Number 8,301,790 B2 and 8,918,541 B2) that back up this investment.  These patent rights are assigned to the company and are assets in which EVERY investor will share in the profits, whether it’s licensing the application or a sale of the entire company and its IP.”
“The current beta incarnation of ConnectionOpen is available for FREE….this is a concept-validating standalone application – a testing ground of sorts to get input from end users and fine tune the experience. Going forward, all of our efforts are being put in to rewriting the Java elements in C++ and simplifying set-up.  We have that due to finish around July 2017.  The VIDEO element is also being crafted in this effort and we hope to add that function soon thereafter.”
So there you have it.  All the numbers, total transparency, and a thorough explanation of the back-office goings-on at ConnectionOpen.  I’d love nothing better than to see one of our own break through with a hella technological advance in distance audio recording.  Whadya think?  Has he earned your interest?

Now, here’s that link to the IndieGoGo campaign again.