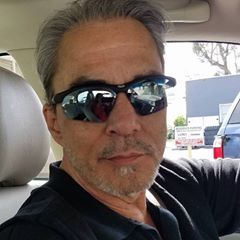 Randy Morrison keeps bouncing in and out of my life.  He USED to live and work radio in Las Vegas, but these days, he’s a voice-actor based out of the Austin, TX area.

Aside from Randy’s awesome talent, and incredible voice…the reason we keep intersecting is because Randy has a killer idea and he won’t let it go; and something about that makes me want him to succeed.

Morrison’s killer idea is to run with the likes of Source-Connect & ipDTL, and be THE heir to ISDN’s eventual demise.

I’ve written before about the technology he’s pioneered:  ConnectionOpen.  I’ll admit, the roll-out of this product has had plenty of fits and starts.  Aside from the mountain of coding issues, networking roadblocks, and financing…he’s released a number of software iterations that, well…were not exactly intuitive.

But Morrison never gave up.  He’s convinced…and he’s convinced me that his remote-connecting, uncompressed, no-latency audio linking software solution is unique.  And it is.  There’s at least one patent involved, and the product is not browser-dependent like some other products out there.

He knows he’s climbing uphill, but also persuaded there’s a place for ConnectionOpen in the digital future of music, voice-over, and broadcasting…and admittedly, I’m impressed by that kind of persistence.

It’s in that spirit that I mention Morrison’s latest move to keep things going:  an IndieGoGo campaign to help defray the cost of continued development.

Visit the ConnectionOpen website, then go to the IndieGoGo page, and if nothing else, educate yourself about this up-and-comer.  I’ll leave it up to you and your conscience whether this idea deserves your support.

You’ll find that on the IndieGoGo page, as well as below.

Hang in there Randy!  You’re in the home stretch!